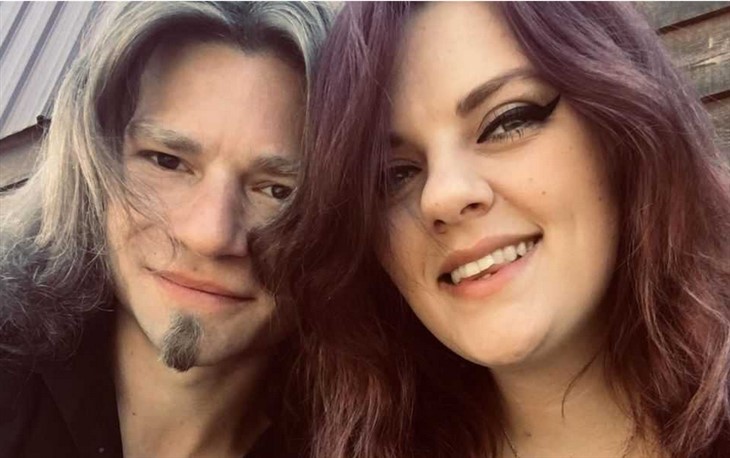 Alaskan Bush People spoilers and updates tease that Bear Brown may be secretly engaged to Raiven Adams. Fans started to wonder if they’ll be tying the knot soon after Bear shared an Instagram post of Joker and Harley Quinn getting married.

Bear surprised his followers when he shared a comic panel of Joker and Harley Quinn. The photo showed the pair getting married to each other. Harley Quinn wears a grenade pin and the two kiss with a huge explosion in the background. Adding to the speculation that Raiven and Bear may be engaged is his caption which read, “sounds like wedding bells.”

Bear’s post left his fans all riled up. Many of them are now expecting the pair to tie the knot soon. A lot of his fans took to the comment section right away to congratulate the couple. His followers showered him with blessings and best wishes.

However, Bear didn’t answer his fans’ questions. Although he didn’t deny or confirm if they’re engaged, his fans still hoped that they’ll make an announcement soon.

Fans may recall that Bear and Raiven started to date back in July 2019. They got engaged in August but broke up in September. They had a rocky relationship. They kept breaking up and then making up several times that fans were unsure what their relationship status was until Bear’s recent Instagram post.

Bear called out a troll who left a nasty comment on the TV celebrity’s comment section. He wrote “Stop missing and start living in his honor! Grieving time is over!”

“”Time to show your pops what you all can do! He didn’t let stuff get him down! You shouldn’t either!”

Raiven clapped back and responded to the “stupid comment.” She said there’s no time frame to grieve and that nobody can tell anybody how they should mourn a lost relative.

Alaskan Bush People Spoilers – Will There Be A Season 14?

Alaskan Bush People Season 13 ended last October and fans have been waiting for the show’s announcement for season 14. The show has been around for seven years and it has amassed a huge amount of followers. Unfortunately, there’s no confirmation yet if there’ll be a new season on the horizon.

Season 13 was a tough time for the Browns. Their family patriarch, Billy Brown died, after suffering a fatal seizure. During the season, fans saw each family member struggle to cope with the loss of their father.