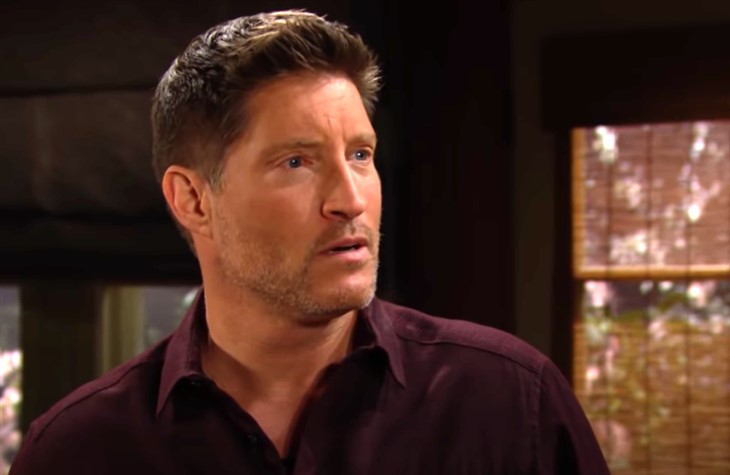 The Bold and the Beautiful spoilers document that Deacon Sharpe (Sean Kanan) has been open with Hope Spencer (Annika Noelle). He also told Brooke Logan Forrester (Katherine Kelly Lang) that he has never gotten over her. Then, Deacon withheld the remainder of his feelings.

Deacon is not directly using Hope in order to get back in with Brooke. Ridge is slightly off-base, if that is what he is thinking.

Instead, Deacon’s first goal was to apologize to Hope. He accomplished that through the correspondence they had while he was in prison.

As time passed, and their bond deepened, Deacon was determined to see Hope when he was released. Her ask, that he come to the cabin, allowed him to reach the next goal line.

Tension has naturally increased since then because Ridge, Liam Spencer (Scott Clifton) and now, Steffy Forrester Finnegan (Jacqueline MacInnes Wood) feel that their lives are being destabilized. They are right because that is happening.

Hope was surprised and impressed when Deacon told her that Brooke defended him in front of Ridge. Hope said that everyone needs to accept Deacon in order for the family to heal.

Noelle’s character is correct. But the family that is healing does not include extended members, meaning the Forrester’s and the Spencer’s. Instead, it is the potentially reforming Beacon.

Ridge knows that Brooke allowed herself to be drawn to Deacon while he was married to Bridget Forrester Sharpe (as then played by Jennifer Finnegan and currently played by Ashley Jones). Scandal ensued as Brooke and Deacon did more than become involved, they had Hope.

The Bold And The Beautiful Spoilers – Has Deacon Sharpe Changed?

Based on his conversations with Sheila Carter (Kimberlin Brown), it does appear that Deacon is committed to redemption. But he has admitted more to her than Hope or Brooke.

The Bold and the Beautiful Spoilers: Should Ridge Be Worried About Deacon? Brooke Taking A Trip Down Memory Lane #bb #boldandbeautiful

Deacon not only wants to have a father-daughter relationship with Hope, he also desires a reconciliation with Brooke. Yes, ideally Brooke will leave Ridge for him. That outcome would happen through her own volition.

So, Deacon has changed. He has adjusted his approach and tactics. Progress has already been made, with plenty of storyline left to play.