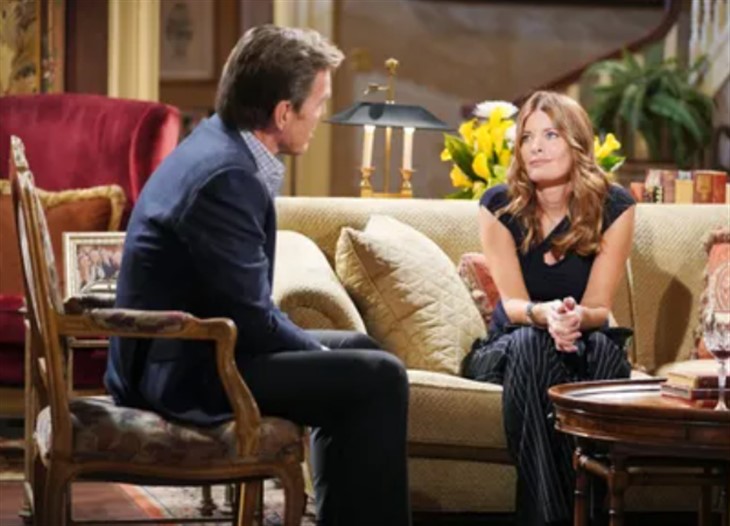 The Young and the Restless (Y&R) spoilers document that Phyllis Summers (Michelle Stafford) is in the midst of a transformation. She is seriously considering renewing a romantic relationship with Jack Abbott (Peter Bergman).

While the revived Phack pairing has not been realized, all indications suggest that the revival process will continue. It is hard to know what percentage of the audience, including Phack fans, are rooting for a reboot.

Phick appeared to be working, with the end of that duo feeling pushed. The lead-in makes a Phack revival somewhat harder to believe. However, both actors have great chops and can surely pull this comeback off.

The Young And The Restless Spoilers – Nick Newman Over-Thinks Reality

Nick Newman (Joshua Morrow) sports a needlessly cynical personality. While flying, he chooses to focus on what is low. That is not reality. Instead, his outlook is personality-driven.

Phyllis offered everything she had to make Phick work. She even stomached Nick’s family issues far better than she had in the past. Then, Morrow’s character thought himself into a corner.

Nick’s refusal to work on the issues he invented led Phyllis to pull the plug on Phick. She was right to do so, with Nick being responsible for this break.

Jack is at a much different place in his life than when Phack was together in the past. He was not responsible for Phack’s failures. Plus, Phyllis’ pursued feelings for Nick represented a betrayal.

Phyllis is entering what could be another edition of Phack from a different perspective. She appreciates Jack in comparison to Nick. But her initial perception will be supplanted by a singular focus on Jack.

Bergman’s character is fully single. He recently told Phyllis that he loves her. What more could she hope for in terms of a couple’s revival?

Phyllis was ready to deepen her commitment to Nick. But Phick was not in the cards, and so she folded with an accurately assessed weak hand.

A royal flush is when a poker player draws a straight flush of high cards, ace, king, queen, jack, and ten, in the same suit. As gamblers know, this outcome is rarely seen. Its realization is not purely random chance but a combination of luck and skill.

Jack and Phyllis were not each other’s perfect love match at multiple plot points in the past. However, the game has changed on Y&R.