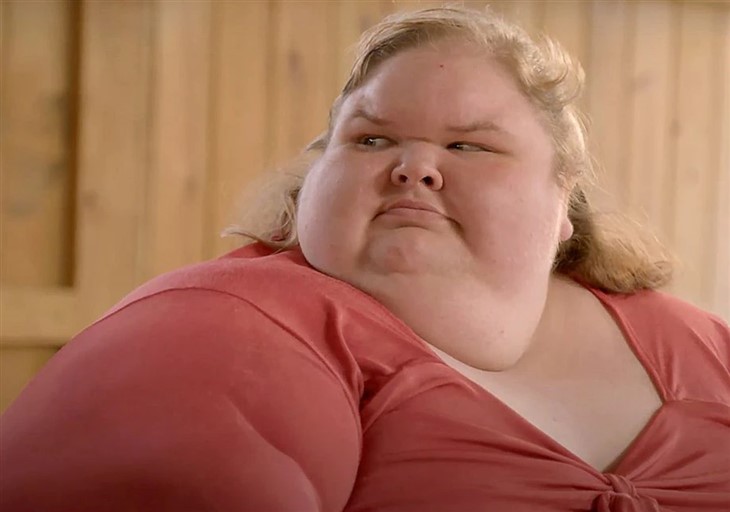 1000-Lb Sisters spoilers reveal that Tammy Slaton has had a setback when it comes to her weight loss. In the trailer for the new season, it looks as if she has started eating more and her diet has not been the best for her.

She checked herself out of the rehab center and she has been struggling with her weight lately. She has not stayed with her diet since she got out of rehab and her friends and family are really starting to get frustrated and worried about her health.

One of the main reasons that Tammy decided to check out of rehab was because she met her weight loss goals. This was big for her and she told cameras, “When I got here, I weighed 689 pounds. Dr. Smith wants me to lose 100 pounds while I’m here. I’ve worked so hard, and I just don’t know if it’s going to pay off.” She was there for eight weeks and she ended up losing 60 pounds in those eight weeks. She felt that it was time to leave the center.

Tammy also told her fans that she was homesick and really missed her bed and her family. She said that she would figure out how to lose the weight on her own and at her home. This doesn’t sound like a good idea though and her family is disappointed in her for leaving.

It didn’t take long for Tammy to fall off the wagon and start her bad habits once again. Tammy told her friends and family that she has been cheating on her diet ever since she got out of rehab. This is where their frustration comes in. They all worked so hard to help her, but feel that she doesn’t want to lose weight.

Her weight is spiraling right now and her family thinks that she has lost all of her motivation to lose weight. Her health is going to suffer, but will she see the light?