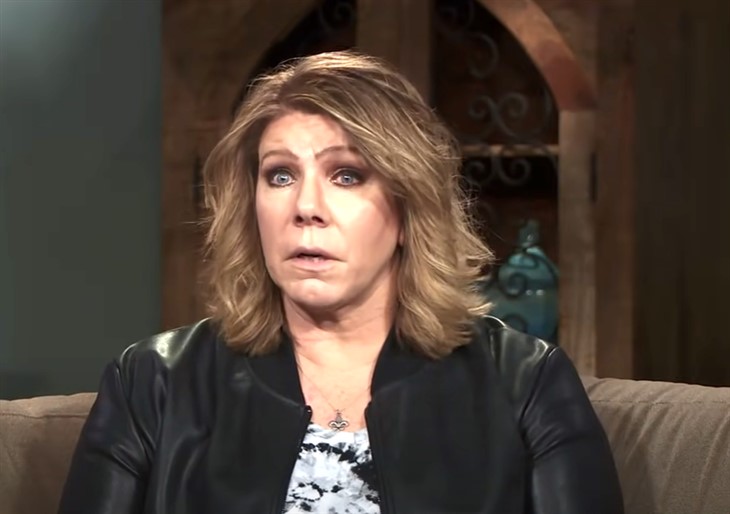 Sister Wives stars have provided more bombshells in recent weeks than ever before. For instance, polygamist patriarch Kody Brown finally discovered that he couldn’t control all of his four wives. And Christine Brown drove home that lesson as she announced her split.

But the shockers haven’t ended. Now another one of Kody’s wives, Meri Brown, steps forward in an unexpected defense of her shared husband. Find out exactly why Meri has decided to speak out below.

“Who wants to bet Kody has another wife lined up?” asked one Sister Wives fan who believed the rumors. In response, Meri got surprisingly blunt, “LOL, you’d lose!” Kody’s wife may have thought that she’d gotten the final word. But the brouhaha had just begun.

As a result of Meri’s blunt reaction to the new wife rumors, the trolls came for the Kody’s wife. As shown on a Sister Wives followers’ Instagram, Meri herself came in for more than her share of slams. And some seemed cruelly direct about her relationship with Kody.

“Why does Meri defend a man, that’s been so disrespectful to her??? Pretty sure he’d give her a glass of water if she were drowning,” mocked one fan. And another Sister Wives viewer added, “Meri would be the last to know” if Kody was wooing a new wife to replace Christine!

But others focused on Meri’s own remarks about her relationship with Kody. Several pointed out that the 50-year-old Sister Wives star has admitted she felt like she never even had a chance for meaningful discussion with her husband. “Wasn’t Meri just saying that she had no relationship or conversation with Kody at all? “How would she know what he has lined up??” questioned a follower.

Meri appeared to disengage from further debate with the trolls. Instead, the Sister Wives star turned to her own Instagram to spotlight her holiday plans. In a new post, Meri highlighted her fun decorating her bed and breakfast inn for Christmas.

“What a fun weekend up at my B&B getting it all decked out for the holidays!” gushed the Sister Wives star. “I’ve always thought I was pretty good at the whole Christmas decorating thing, but when you have an interior stylist friend who comes to help, well let’s just say, you can learn a thing or two! Loving how the house turned out and just want to sit in the living room soaking it all in! Beyond grateful for your help.”

Noticeably, Meri did not mention any of her Sister Wives co-stars in her post, adding to rumors that the polygamy clan has become increasingly divided. Currently, Meri appears determined to hold onto her spiritual marriage arrangement with Kody. The two tied the knot in 1990, then subsequently divorced so that Kody could adopt fourth wife Robyn’s kids.

What do you think the future holds for the Sister Wives stars? Do you predict that Kody will hold onto his legal marriage to Robyn and spiritual unions with Meri and Janelle as Christine departs? Or do you think that he might seek a new fourth wife? Share your views with us. And then check back on our site for all the Sister Wives news!