Dancing With The Stars: Are Jojo And Jenna Dating In Real Life? 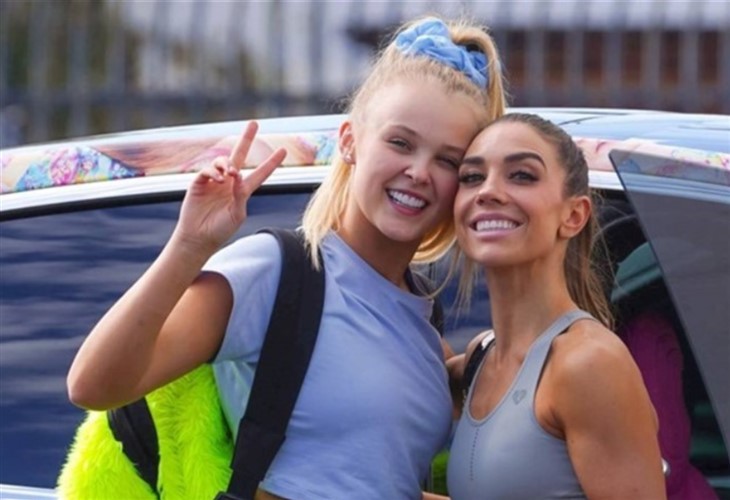 Dancing With The Stars spoilers and updates tease that fans are asking whether Jojo Siwa and Jenna Johnson are dating in real life. Questions about their relationship status started to circulate after the duo scored their first flawless score this season.

Fans know that Jojo is the first LGBTQ+ community member to perform with a same-sex partner. She was paired with Jenna, who is a female professional dance partner. The pair performed foxtrot on Grease night and scored 40/40 points.

Fans have been wondering if Jojo and her partner Kylie Prew have split since they have been absent from each other’s social media accounts for several weeks. Aside from that, Jojo and Kylie have been sharing mysterious posts on their respected Instagram account, which fuelled the separation rumors.

Kylie and Jojo have been in a steady relationship until 2021. They dated in less than a year and it seems like they already called it quits. A source revealed that “Kylie refused to attend the event, so she hasn’t really been spotted in the crowd since they separated.”

A lot of fans are wondering whether Jojo and Jenna are dating. To set the record straight, the pair are not in a relationship. They just managed to develop a great connection both on and off the stage. They have no romantic feelings for each other.

Jenna is engaged to Valentin, a professional dancer who has been the partner of Olivia Jade in this season’s competition. They have been together for two years and have been sharing cute photos together on Instagram.

As for Jojo, she has been receiving a lot of praise from Jenna and viewers in the past few weeks. However, Kylie doesn’t seem to have anything to say about Jojo’s impeccable performance on stage.

How Did Dancing With The Stars Contestant Jojo Siwa React To Losing? https://t.co/IzUN7OU1ci pic.twitter.com/4KaIrswfCT

In an interview with Teen Vogue, Jojo shared a few things about her experience in Dancing With The Stars. She said she’s learned a lot and enjoyed her time in the show. She shared that the show changed her in many ways.

The foxtrot during Grease week was the most difficult but they managed to secure their first perfect score of the season. Jojo also shared that she unlocked a different level with Pennywise.