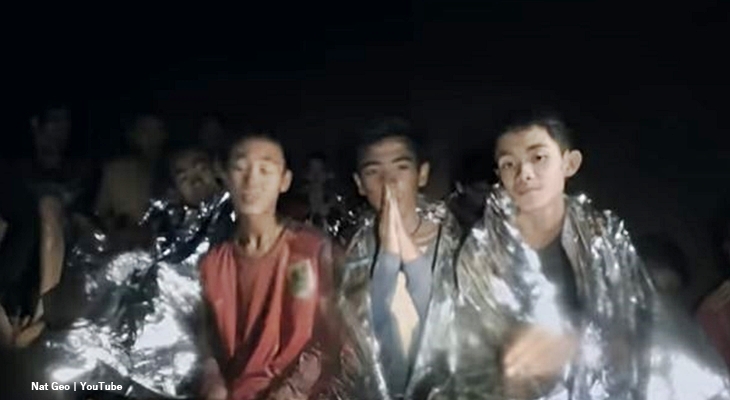 The Rescue is a documentary about the Chiang Rai Tham Luang cave rescue in July 2018.  Elizabeth Chai Vasarhelyi and Jimmy Chin recreated the situation inside the caves. Plus, they used interviews to present the story as far as can be established, to viewers. National Geographic released it on October 8, 2021, and now you can view it on Disney Plus.

The Rescue On Disney PLus

Disney Plus is about much more than movies from the franchise. Actually, you might not be aware that the streaming service now offers a lot of stuff from National Geographic. Well, it took time to emerge as a documentary, as so many people claimed the rights to the footage. After all, media from across the world flocked to the site when the football team comprising 12 teens and their 24-year-old soccer coach became trapped.

Netflix announced a limited series deal about the cave rescue in 2019. Plus, an independent movie was shot and named, “The Cave.” Anyway, the National Geographic documentary already premiered. The synopsis revealed that it “chronicles the enthralling, against-all-odds story that transfixed the world in 2018: the daring rescue of twelve boys and their coach from deep inside a flooded cave in Northern Thailand.”

The Rescue Depicts Real Footage Of The News That Gripped Viewers

When the first news emerged that kids were trapped in the cave, viewers soon became glued to their televisions. As the story played out, it revealed that the weather worsened. A whole tent city of vendors and religious folks sprang up near the entrance. It emerged that the kids went in, but the floodwaters rose and trapped them. For days, people watched the Thailand Navy divers attempt to find them, to no avail. In fact, one diver lost his life. 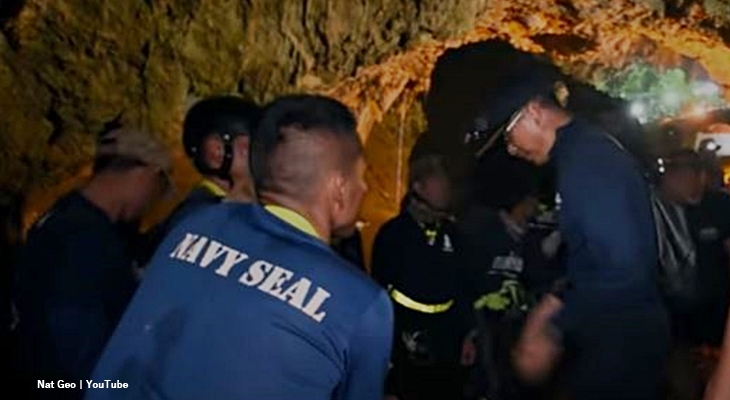 Now, Distractify reports that The Rescue features on Disney Plus. The outlet noted, “Contrary to popular belief, Disney Plus currently hosts the majority of National Geographic’s catalog.” Well, if you were not aware of that, then this should be very good news. Fans already know that plenty of interesting documentaries come from National Geographic. And, the one about the cave rescue in Thailand sounds fascinating. In the comments of the series trailer on YouTube, fans seemed enthusiastic.

One fan wrote, “This is one of those news stories that really sticks out in my memory because the whole world was riveted by it, similar to the Chilean miners. I’m glad there is a movie about it to learn more and to celebrate the rescue.” Then another one said, “Just saw this with my 13 year old son and we both loved it. I wanted him to see how people can solve seemingly unsolvable problems with intelligence, perseverance and heart.”

If you have not seen The Rescue, then you can check out the trailer below. It takes folks back to the original footage as presented by the media.

Be sure to catch up on everything happening with Disney Plus right now. Come back here often for more spoilers, news, and updates on shows like The Rescue.