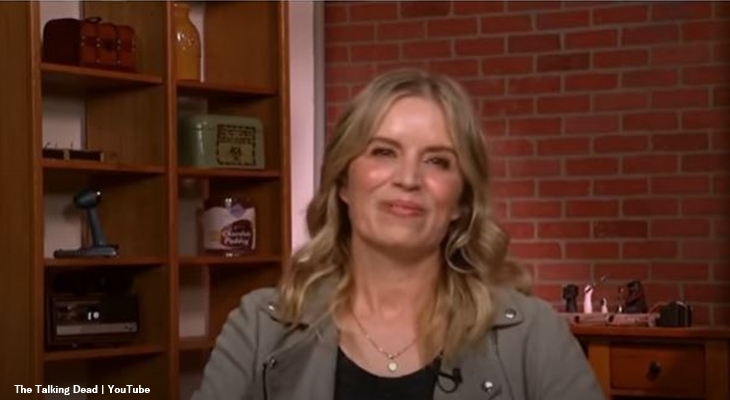 Fear The Walking Dead Season 7 Part 2 will see a surprise twist as Kim Dickens returns in the role of Madison Clark. Long believed dead, the twist reveals that she not only returns but will be a regular through Season 8. The news about Season 8 arrived via AMC on Monday this week.

Madison Clark will reappear in the second half of Season 7. If you hate spoilers, then you might not feel very charitable towards AMC right now. Instead of surprising viewers, Kim Dickens featured on The Taking Dead. So, now fans know everything. Many folks don’t like spoilers, but there you have it – out of the horse’s mouth, so to speak. Long presumed dead, fans last saw Madison Clark back in Season 4. Recall, she took one for the team and heroically died in an explosion. Or, so everyone thought.

Fear The Walking Dead Part 2 of Season 7 resumes with the never-ending search for Padre, presumed to be a place rather than a person. Victor Strand (Colman Domingo) gets up the nose of Alicia (Alycia Debnam-Carey). She is now the reluctant leader of those who followed Teddy. According to The Wrap, she “is plagued by a mysterious illness and the repercussions of her past actions.” Still, she leads the war against Strand, and of course, that makes a dangerous word even deadlier. It’s not clear at which point, Madison miraculously reappears.

Kim announced the return of Madison without any fanfare and drivel and literally just came out with it. She said, “Madison is back.” The audience went wild with joy. Hmmm, maybe they were told to do that with one of their prompt cards. Kim said that she’s known about “the secret, probably the whole year.” Naturally, fans reacted in the comments section on YouTube. Not all of them sounded thrilled. One of them noted, “This just means we’re getting 1 whole episode flashback on how she survived and got up to the present then…” 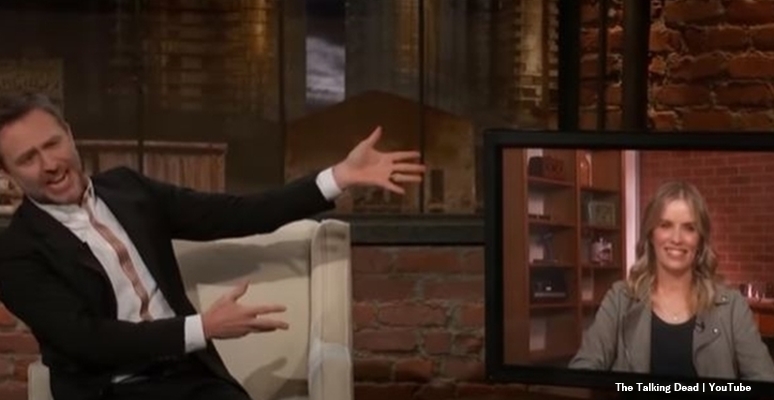 Another unhappy Fear The Walking Dead fan opined, “Based on what I’ve seen with Fear the last 4 seasons, I do not think Chambliss and Goldberg are capable of good writing. The only exception to this being maybe the character of John Dorie (Garret Dillahunt). I will say that I’m happy to see Madison finally returning, although it does seem a little bit late for something like this. I’m worried they may ruin her character with bad storytelling.”

Fear The Walking Dead fans didn’t all get grumpy about the return of Kim. One of them penned, “Hell yes! This is just what I needed after Alicia’s recent injury. I am so excited for Fear now, there is something about Madison that makes Fear awesome.” Then, another enthusiastic response came from @benrai. Their comment read, “Im willing to watch s4-7 now i know shes coming back, even if the show is not great.”

Be sure to catch up on everything happening with AMC right now. Come back here often for more Fear The Walking Dead spoilers, news, and updates.