General Hospital Spoilers: Willow Has To Decide Whether To Keep Devastating Secret From Michael! 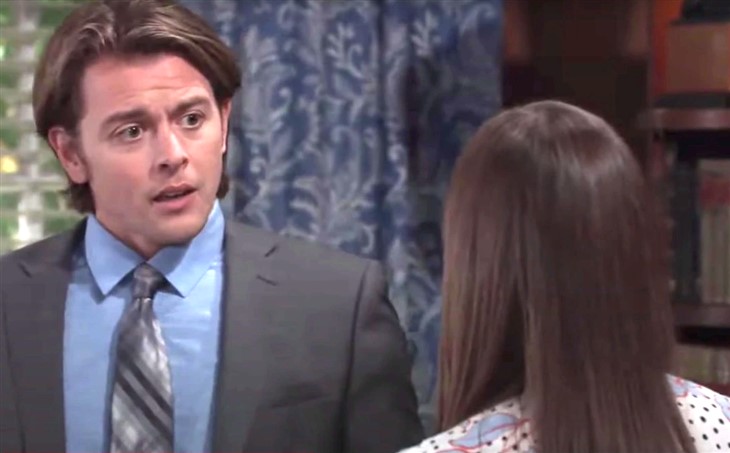 General Hospital (GH) spoilers tease that Willow Tait (Katelyn MacMullen) isn’t as bloodthirsty as her future in-laws, the Corinthos family. But even she agreed that Nina Reeves (Cynthia Watros) should be kept away from her grandson, Wiley Corinthos (Calen and Kyler Ends) after it was revealed that Nina was aware that Sonny Corinthos (Maurice Bernard) was alive. She kept Sonny away from his family for months while they grieved.

While Willow had preferred that Michael Corinthos (Chad Duell) not seek revenge against Nina, she understood when he had Nina arrested for her actions against Sonny. But Michael kept his plans secret from Willow, feeling she may not approve. But Willow was more upset that he kept his plans a secret. And now, Willow is about to find out just how close Sonny and Nina were when he had amnesia.

GH Spoilers – Willow Tait Will Soon Discover That Nina Reeves And Sonny Corinthos Had A Romance In Nixon Falls!

Sonny’s wife, Carly Corinthos (Laura Wright) is still under the impression that Nina and Sonny were just friends while he had amnesia. But the truth is, Sonny fell in love with Nina and she reciprocated those feeling. Of course, Sonny returned to his old life the moment his memories came back, but his feelings for Nina haven’t completely disappeared.

General Hospital Spoilers – Willow Tait Will Soon Know More Than She Would ;ike!

Once she finds out just how close Sonny and Nina were during all those months, she will debate what to do with that information. Carly, who is already ready to destroy Nina, will certainly not be pleased. And her feelings for Sonny might begin to fade when she realizes that not only were Sonny and Nina in love, but Sonny hasn’t told her about the romance. Carly will very likely wonder if Sonny is still in love with Nina. Willow will certainly not want to see Sonny and Carly’s marriage blow up, so she may decide to keep the information to herself.

GH Spoilers – This Time Willow Tait Will Be The Once Keeping Secrets!

Willow was furious with Michael for keeping secrets from her about his plans for Nina. But soon the shoe will be on the other foot, and Willow will have to decide if the truth is worth all the pain it would cause if it came out. But as with all secrets, Willow would be smart to tell Michael what she knows. Because he will find out and when he realizes Willow knew and didn’t say anything, it could be the end of their relationship.

Should Willow mind her own business and keep the news of Sonny and Nina’s romance in Nixon Falls to herself? Or should she tell Michael even though it could ruin his mother’s marriage? Will Michael break with Willow over her hypocrisy? Anything can happen in Port Charles so stay tuned to General Hospital airing weekdays on ABC. And don’t forget to check back right here regularly for all your General Hospital news, information and spoilers!