The Bold And The Beautiful Spoilers: Carter Needs A Completely Single Woman 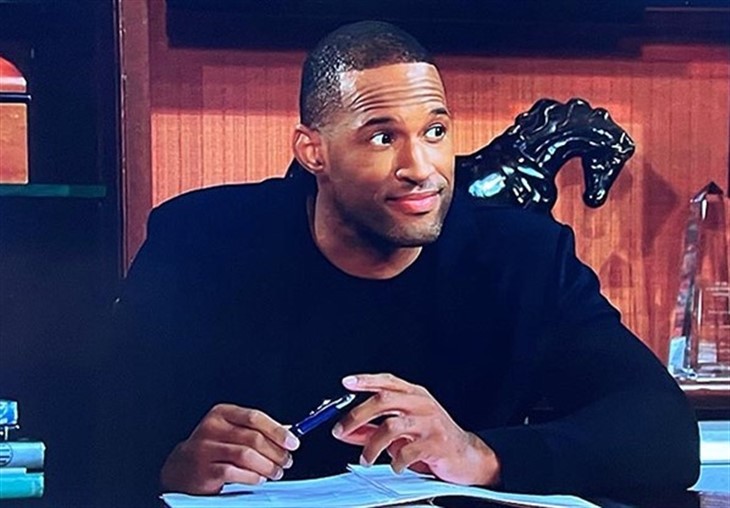 The Bold and the Beautiful (B&B) spoilers and updates tease Carter Walton (Lawrence Saint-Victor) is looking for love with the wrong women. Carter had been in a relationship with Zoe Buckingham (Kiara Barnes) which came to an end. Carter had gotten into a relationship with Quinn Forrester (Rena Sofer) when she was having trouble with her marriage to Eric Forrester (John McCook).

Quinn decided that she would reunite with Eric which has left Carter alone again. Carter had been getting close Katie Logan (Heather Tom). Katie wants to find love and is unsure if she wants to be with Bill Spencer (Don Diamont) again. Carter is not sure if he should explore a relationship with Katie. Carter wants to find a woman who will want to be with only him.

The Bold And The Beautiful Spoilers: Deacon Chases His Dream Of Being With Hope And Brooke

Carter has been able to get to know Shauna Fulton (Denise Richards) because she is Quinn’s best friend. Shauna tried to help Carter and Quinn when they were trying to keep their affair a secret from Eric and Zoe. Shauna pretended to be in a relationship with Carter in order to protect Carter and Quinn. Shauna found that she liked Carter. Shauna is not in a committed relationship.

Sheila has not been in a serious relationship for some time. Sheila had an affair with Jack Finnegan (Ted King) which resulted in her having Finn. Sheila is not interested in being with Jack again. Carter could be the one who could change Sheila’s life. Carter could help to bring out something better in Sheila. Carter could help Sheila to get to be in Finn and Hayes’ lives.

The Bold And The Beautiful (B&B) Spoilers: Ridge Has An Ultimatum For Hope https://t.co/NZ2DtBpycV #BoldTheBeautiful #Spoilers #BB pic.twitter.com/MdRmx2WOkO

The Bold and the Beautiful Carter needs to find someone who will want to have a relationship with him and no one else. Carter could find a new love with Sheila or Shauna. Carter could bring love into Sheila’s life which could change her for the better.

Will Carter be the one to make a difference in Sheila’s life by bringing love into her life? Carter could decide that he wants a real relationship with Shauna. Could Carter find genuine love with Shauna? Be sure to catch up on everything happening with B&B right now. Come back here often for Bold and the Beautiful spoilers, news, and updates.