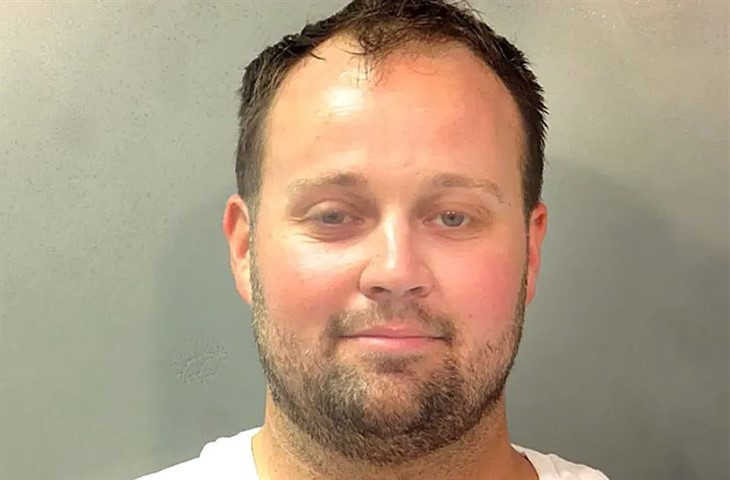 The Josh Duggar trial kept fans of TLC’s Counting On engaged for days on end. Actually, once the outcome is known it will still keep them engaged. No, doubt, if the jury finds him guilty, critics will rejoice their way across social media. If it goes the other way though, fans will no doubt grouse about it for years to come. In the end, it will all boil down to two opposing views by just two witnesses.

The court case didn’t get permission to play out on television, but plenty of news emerged as each day went by. TLC fans were able to see various members of the family who attended, and they threw out their theories on how they were taking it. Fans heard that Bobye Holt gave evidence detailing the confession by Josh about the 2003 molestation of his younger sisters. Plus, they heard the prosecution and the defense argue their different standpoints.

The Josh Duggar trial revealed some very disturbing footage of young children being molested. Actually, some folks felt glad they were not on the jury who saw footage of a three-month-old child. During the trial, it became obvious that some pornography was accessed online and downloaded. That is a fact. However, the big question is whether it was Josh who did it, or someone else. Potentially, the defense even suggested a hacker did it.

After all the song and dance about the case, People Magazine reported that if you take away all the rest of it, only two points of view will decide the outcome:  James Fottrell and Michele Bush. James testified for the prosecution, and he was convinced that Josh Duggar had been the one who download the pornography. Meanwhile, Michele Bush focused on some other scenarios and even suggested a hacker could have done it. 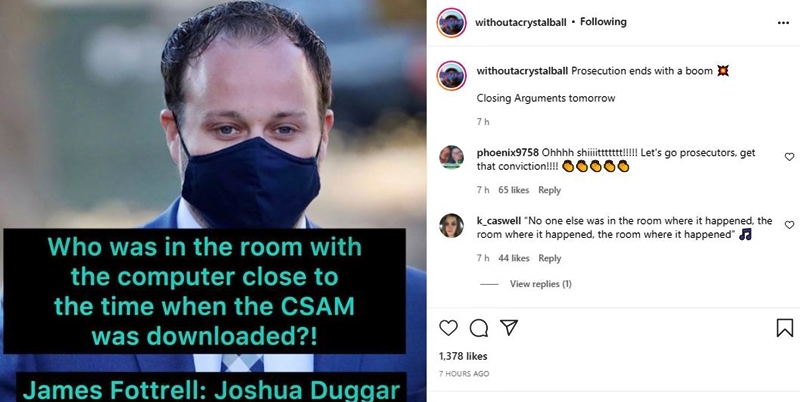 During the defense case in the Josh Duggar trial, the outlet noted that Duggar’s attorney Justin Gelfand seemed to rather focus on what they didn’t know, rather than facts as presented by Fottrell. So, the outlet noted that there are only really two scenarios. Either Josh was the victim of some high-powered hacker, or he developed an amazing aptitude to do it himself, Or, he was the one who accessed and downloaded it. Now it’s up to the jury to decide which expert had the most believable version of events. That’s it!

In a post by Without A Crystal Ball on Instagram, Counting On fans discussed their feelings about the jury who will decide the outcome at the Josh Duggar trial. One fan wrote, “Oh my God I can hardly wait. I hope the jury doesn’t disappoint us.” Then another fan commented, “I just hope that the members of the jury are not afraid of what Jim Bob will do to them if they find his son guilty. Unfortunately, Jim Bob is a very powerful man in those parts.”

Be sure to catch up on everything happening with the Josh Duggar trial right now. Come back here often for more Counting On spoilers, news, and updates.