The Young And The Restless Spoilers: Sharon & Nick Reunite – Y&R Goes Back To The Future? 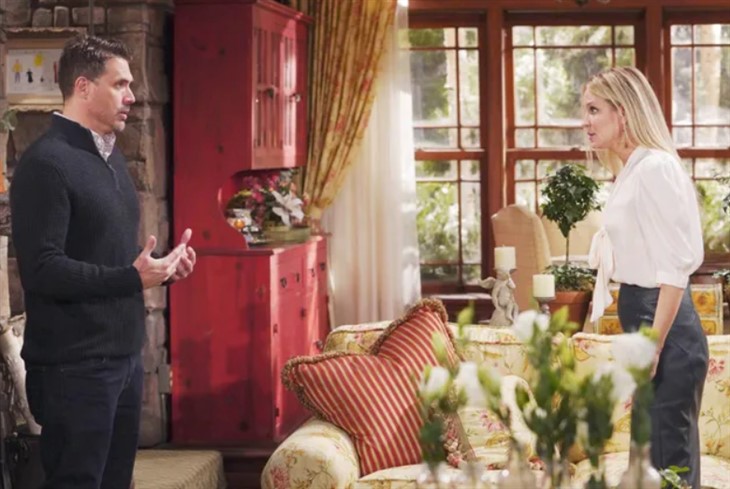 The Young and the Restless (Y&R) spoilers document that Sharon Rosales (Sharon Case) was recently sitting in Crimson Lights with Nick Newman (Joshua Morrow). Hardcore fans and especially, Shick supporters, got the message or believed that another one, in a series, sent.

In recent months, TPTB appear to be teasing the comeback of one of this soap opera’s all-time great couples. Shick arguably ranks behind Niktor (Nikki Newman, Melody Thomas Scott and Victor Newman, Eric Braeden), as the penultimate pairing in Y&R’s history.

So, are Sharon and Nick on the road to reunification, or are both characters just confiding in each other as they have since divorcing fifteen years ago?

Been there, done that. Right?

The answer to that type of question is often no in daytime.

Sharon and Nick have twice tried to remarry. Both planned trips to the altar flopped. The second fail felt like what it was, a gut punch to Shick loyalists who deserved a payoff and did not get it.

In retrospect, Sharon and Nick endured a shaky relationship long before they went their separate ways in the mid-2000’s. Family, history, timing, and undeniable physical attraction drew them back together but proved unsustainable.

It seems strange, considering all the couples on this show that remarried or remarried many times. Why have Sharon and Nick been blocked from doing the same?

Speculation about one or both actors not wanting to work closely, as would be the case in a remarriage arc, is just that. So, various decision-makers across the soapy years decided not to green-light a Shick reboot.

A collective feeling must have existed, or still exists, that slots Sharon and Nick as part of the past, with no new story ground left to explore. But that assessment is not the same for numerous other couples, which makes the sustained lack of a Shick reboot unusual. It is not unprecedented but is weird.

If Sharon and Nick are finding their way back to each other, then a remarriage needs to happen this time. But more than that, the realized Shick sequel must include a sustained revival.

Assuming that the new Shick would not be fresh counters logic, as Case and Morrow are strong actors whose body of work is acknowledged by all fair-minded observers.

However, it is fair for any viewer to question whether this couple fits in modern times and if it is believable to have Sharon and Nick choose to become Shick again? But solid writing could negate reasonable conjecture.