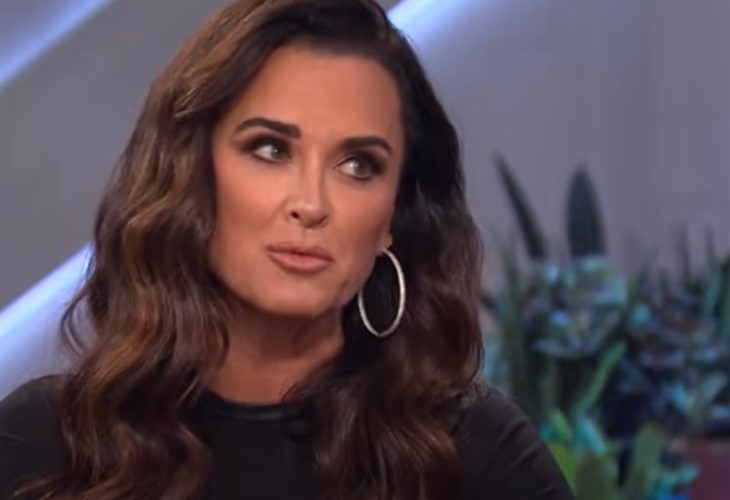 Kyle Richards attended the People’s Choice Awards 2021, and she spoke about her friend and co-star Dorit Kemsley. Back in October, three robbers entered the Kemsley’s house while her husband Pual was away. They got away with a lot of expensive items. At the time, Dorit seemed incredibly self-assured. However, Kyle says that the Real Housewives of Beverly Hills star struggles mentally right now.

Real Housewives of Beverly Hills (RHOBH) stars Paul and Dorit Kemsley own a really nice mansion on Adlon Road in Encino. When robbers, who claimed to be armed, entered the home, Dorit lost personal belongings, However, Bravo fans worried that it must have been a terrifying ordeal. An outpouring of love and support went the way of Dorit from celebs and her fans from the TV show.

Kyle Richards and the rest of the women in the Bravo franchise went around to be with Dorit the next morning. With Paul away in London at the time, nobody wanted her to be alone. Luckily, Paul raced back home, and he soon posed an update about his wife and the kids. Andy Cohen, the host of RHOBH said on The View that the way Dorit Kensley coped with the ordeal was impressive. But, is she coping as well as fans thought?

It’s the season of awards, and that means plenty of opportunities for the media to interview famous faces. When she spoke about Dorit Kemsley, Kyle seemed genuinely concerned for her friend. Bear in mind, Dorit’s kids were in the home at the time. So, she asked them not to hurt the kids and showed them around the place. It sounds very heroic, but in fact, it must have been completely terrifying,

People Magazine cited Kyle Richards when she gave her interview to Access Hollywood. Unsurprisingly, Kyle said, “It’s going to take some time. It’s going to take a long time. I would say she has a little PTSD, no doubt.” The RHOBH star continued, saying, “I would say that she’s absolutely struggling,”  Then she added, “When it first happened, I think she was in shock, and now the reality has settled in.”

The news about Dorit from Kyle Richards was shared by the Instagram account, @bravohousewives. Naturally, fans commented on it. One of them wrote, “Well perhaps these woman (sic)  shouldn’t film in their homes to put their valuables out there. Kyle had [the] same thing happen years ago.” Well, yes it did, and Andy Cohen already took a lot of heat for that. But, it is nice to know that Kyle can empathize with her friend.