The Young And The Restless (Y&R) Spoilers: Billy And Rey Zero In On Common Enemy Adam 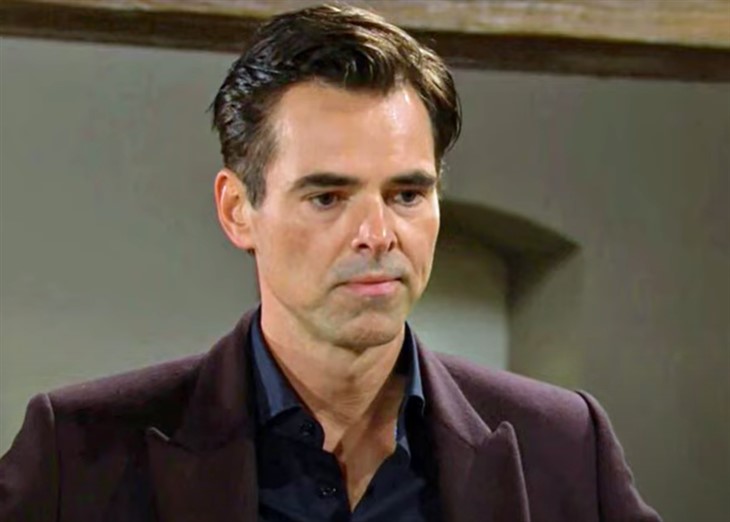 The Young and the Restless (Y&R) spoilers document that Billy Abbott (Jason Thompson) and Rey Rosales (Jordi Vilasuso) had a good chat. Both men will keep each other in check regarding their common enemy if they proceed wisely. They share a hot-blooded streak, so the likelihood of staying on track seems slim.

Could it be that Adam’s conscience has emerged during his pursuit of redemption, thereby proving it exists? It is possible, with the regret he suggested potentially being more than a claim.

The Young And The Restless Spoilers – Billy Abbott Bound By History

Billy is haunted by Adam because of Delia Abbott (Sophie Pollono). Nothing can bring her back other than her sporadic appearances in his dreams.

So, Adam is Billy’s evergreen revenge target. Thompson’s character needs to revert to the outlook he held when both men were in the courtroom a handful of years ago. Billy claimed to have gotten past Adam’s actions and intended to move forward.

Hardcore viewers recall that Billy spiraled out of control a while after that, which included seeing Delia in daytime visions. Lily, like Victoria Newman (Amelia Heinle), Jack Abbott (Peter Bergman), Jill Abbott (Jess Walton), and others know that Billy must fight his Adam obsession to retain a mental balance.

Rey and Sharon Rosales (Sharon Case) are in a good place. Their marriage has endured some rocky patches. However, an honest assessment highlights Rey’s support during her cancer treatment as evidence of their love and commitment.

Sharon was attracted to Rey because he was steady. While Vilasuso’s character has a dangerous profession, as Genoa City, Wisconsin’s lead detective, he represents safety.

Like Billy, Rey does not trust Adam. Sharon does and often gives Adam the benefit of the doubt. Rey best deals with that perception by not engaging his wife on the topic.

Targeting Billy and then realizing his removal from Chance Comm is a big deal. Adam led that charge, and Billy is in the process of responding, though Grossman’s character is not yet aware of what is happening.

‘The Young And The Restless Spoilers: Jill’s Hard Choice – Hangs Billy Out To Dry?https://t.co/Dec55NVfCu

In the recent past Adam told Rey that Sharon would always return to him. Telling Rey that his wife is not fully committed represented an enduring provocation.

Yes, Adam decided to change his ways. But the shadow that he cast for years was intentionally dark. Billy and Rey do not owe him the benefit of the doubt and will not give it to him. That is a double-pronged dilemma for Adam on Y&R.