The Bold And The Beautiful Spoilers: Ridge’s Emotions Overtake Him – Taylor Sees What She Wants 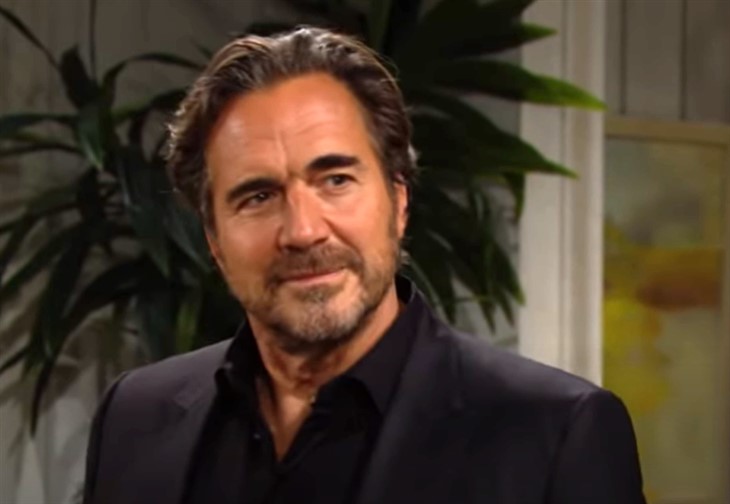 The Bold and the Beautiful (B&B) spoilers document that Ridge Forrester (Thorsten Kaye) got into it with Brooke Logan Forrester (Thorsten Kaye) again. Hope Spencer (Annika Noelle) was written into the scene on the property where her mother is the deed holder. The trio passionately disagreed about the role Hope’s father Ridge’s Emotions Overtake Him

Ridge is behaving impulsively, which is causing him to repeat a pattern Brooke and B&B viewers experienced before. By allowing his emotions to overtake him, Ridge is playing into Deacon Sharpe’s (Sean Kanan) hands.

The Bold And The Beautiful Spoilers – A Brief Taylor Hayes Refresher

Tylo was last seen on B&B in 2019 during the Beth Spencer (Madeline Valdez and River Davidson) horror. As viewers recall, Reese Buckingham (Wayne Brady) stole Beth from Lope at birth and sold the baby to Taylor under the guise of a private adoption.

Reese needed to pay gambling debts and manipulated Taylor. She fronted the money, and Steffy got the sister she wanted for Kelly Spencer (Avalon and Colette Gray).

Taylor was performing missionary work in Africa in recent years. That caused her absence from various significant family events. So, her return is noteworthy.

Brooke and Ridge are in their unfathomable eighth marriage. That volume of nuptials is massive, even in daytime.

A hard wink was given to fans on repeated occasions in recent weeks, with Steffy, Ridge, and Thomas Forrester (Matthew Atkinson) referencing Taylor. Of course, readers of this comprehensive soap site knew ahead of time that Allen was the recast and was debuting on December 10.

Having Ridge grab a bottle of liquor and storm out of a heated conversation he was having with Brooke and Hope reminded hardcore viewers of a past scenario. Ridge was drinking at the beach bar when he and Shauna Fulton (Denise Richards) connected. While nothing happened that night, Kaye and Richards’ characters were eventually married in a faux ceremony in Las Vegas, Nevada.

Digitally skipping to now, Ridge had the bottle in his hands and a smile on his face the moment he saw Taylor after entering the cliff house.

The Bold and the Beautiful Spoilers: Is Ridge Getting Back Together Again With Taylor? #bb #BoldandBeautiful

The Bold And The Beautiful Spoilers – Tridge Supplants Eighth Edition Of Bridge?

Ridge’s history is arguably more tumultuous with Brooke than with Taylor. However, old wounds still exist.

Steffy and Thomas telegraphed the conversation that was to be had by their parents. Yes, Taylor will discuss Tridge’s messy backstory and Brooke’s role in that arc.

However, the spark between these characters is primed to revive. Whether that means Bridge ends again and Tridge revives is yet to be seen.