The Young And The Restless Spoilers: Nikki Connives To Bring Peace Between Nick And Victor 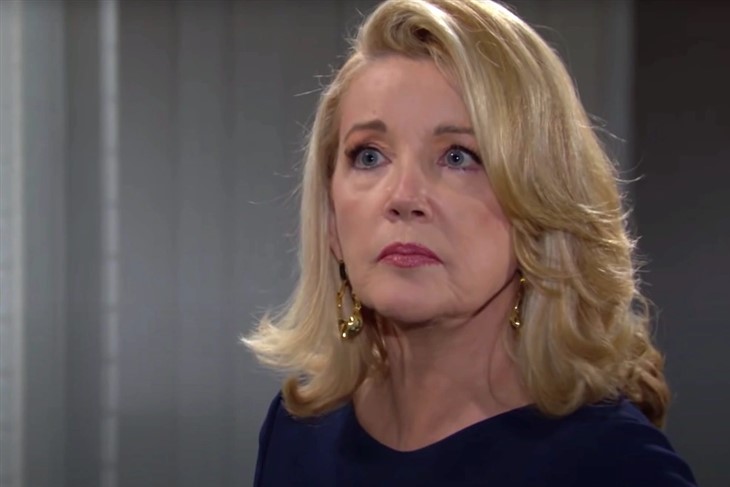 The Young And The Restless Spoilers: Sharon & Nick Reunite – Y&R Goes Back To The Future?

Nick cried foul as well as fraud but Victor hadn’t thought it was as big of a deal as Nick did. Nick has felt like an outsider with his family lately, although his family has felt like he was acting like one in one sense of the word. He didn’t show up to the homecoming party for Chance Chancellor (Conner Floyd) but did manage to stop by after most everyone had left, except for Devon Hamilton (Bryton James). Victoria had gotten so angry at Nick threatening to expose Ashland’s past at her wedding to him she had banned him. That, as viewers will recall is what really started the kerfuffle between them!

Viewers of The Young and The Restless know that Nikki isn’t above a little conniving for a good cause, and she puts out a call to Nick regarding needing his help with an emergency at the Newman ranch. Good son Nick rushes right over only to find there is no emergency, and arrives to see Victor sitting at the chessboard. Viewers of The Young and The Restless can imagine what’s going through Nick’s mind – is the “emergency” Victor’s lack of someone willing to play chess with him?

Nick realized his mother pulled a fast one and he’s rather annoyed with her! Nikki’s intent had been to get her husband and her son together in the same room and force them to make peace! Nick tells his father he bets he is annoyed by Nikki’s actions as well, but surprisingly Victor is not. He tells Nick that he agrees that the two of them should talk things out. Nick portrayer Joshua Morrow notes in a Soap Opera Digest article regarding this scene that Victor’s comment was a total ad lib by Eric Braeden, and he had responded “That’s why you’re Victor friggin’ Newman!”

The Young And The Restless Spoilers And Rumors: Victoria Panics As Billy Goes To The Dark Sidehttps://t.co/sXaMwZl9lI

As for Nick, he’s spent most of his life wanting his father’s acceptance of him the way he is, not have Victor try to mold him into a mini Victor, and Victor hopes he can get Nick to understand what he wants from him. Victor does have a blueprint in his mind that his children should follow, and when they don’t, family drama is created as a byproduct. But this time Victor seems to really understand where Nick is coming from, so there is a hope that possibly Victor may try to give Nick what he wants – if he is capable of it!