The Young And The Restless (Y&R) Spoilers: Noah Looking To Create An Exciting Future 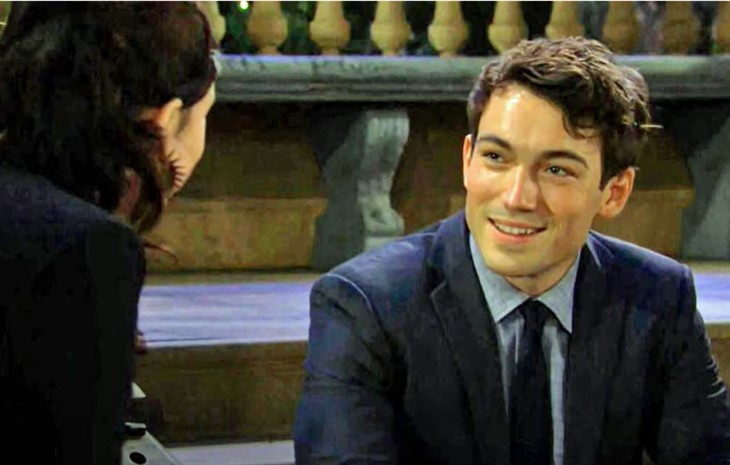 The Young and the Restless (Y&R) spoilers and updates tease Noah Newman (Rory Gibson) is looking for new prospects. Noah had been living on London in order to pursue his career in art. Noah has decided to come back to Genoa City to find a different direction for his life. Noah has wanted to find a way to put his creative talents to good use.

Noah was able to reconnect with Tessa Porter (Cait Fairbanks) when they were in Tuscany. Noah and Tessa were attending the wedding of Victoria Newman Locke (Amelia Heinle) and Ashland Locke (Richard Burgi). Noah was excited to find out what Tessa has been doing with her career. Tessa is working with Devon Hamilton (Bryton James) on her new music album. Tessa has decided that she wants Noah to create the artwork for her album.

Noah was reluctant to create the artwork because he likes to work on his own. Tessa has convinced Noah to put together some designs for the album. Tessa was impressed with the artwork. Tessa is hoping that Devon will like the artwork. Noah may find that Devon would want him to help him to create album covers and different promotional artwork for his other artists.

Noah has been approached by Adam Newman (Mark Grossman) to help him to promote Newman Media. Noah is reluctant to work with Adam because they have had difficult issued in the past. Noah likes to work on his art independently. Adam is determined to continue to make Newman Media a success. Adam believes that Noah would be an asset to the company. Adam has other creative areas in Newman Media.

He is working with Chloe Mitchell (Elizabeth Hendrickson), Chelsea Lawson (Melissa Claire Egan), and Sally Spectra (Courtney Hope) on a fashion division for Newman Media. Noah has had a few encounters with Sally. Noah has been impressed with Sally’s determination to make the fashion division a success. Sally may be able to convince Noah to come to work with Adam at Newman Media. Noah could find that he could have a greater exposure for his artwork if he does decide to work with Adam.

Noah wants to help Tessa with her album. Will Noah be able to give Tessa the album cover that she has envisioned? Noah may put the past behind him and work with Adam. Could Noah find that Adam will help him to get recognition for his art? Noah may be able to help Sally, Chelsea, and Chloe with the fashion division. Could Noah help Sally, Chelsea, and Chloe to bring attention to their fashions? Noah has many different career possibilities to explore. Be sure to catch up on everything happening with Y&R right now. Come back here often for The Young and the Restless spoilers, news, and updates.