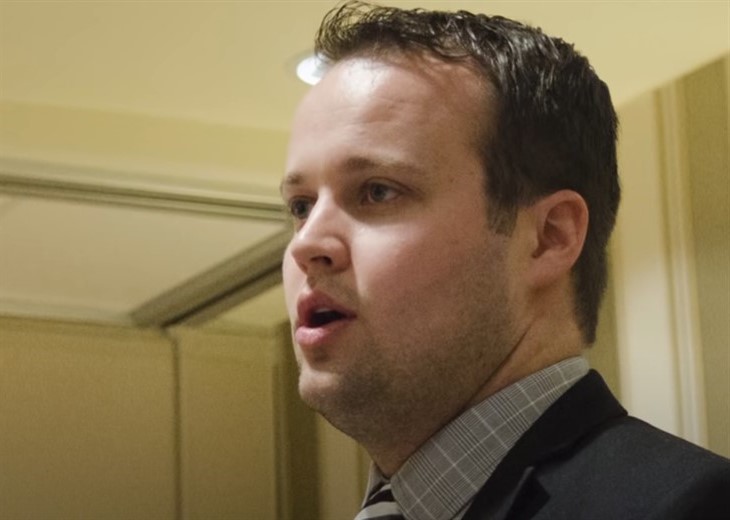 Right from the start, TLC fans and others who followed the trial heard that the defense would try and blame someone else for the crime. Actually, at the end of the trial, it really came down to just two witnesses that mattered. Those were James  Fottrell for the state and Michele Bush for the defense. The defense expert claimed it was very possible that someone hacked Josh’s laptop remotely. Well, the jury went with the more realistic evidence presented by James Fottrell.

During his trial, footage revealed what Josh Duggar allegedly downloaded and viewed. It seemed incredibly disturbing and even involved a baby girl. Well, now guilty and sitting in prison, angry people hate that he suffers less than the victims that he watched. Inmate facilities sometimes get reported as places where people involved with child abuse might suffer serious attacks. Probably, that explains why Josh reportedly sits in protective custody.

Fans know from mainstream media that Josh went to the Washington County Detention Center where he remains without bail. The fact that he’s in protective custody got discussed on social media. On the Something Awful forum, user Automatic Slim posted up about it. It read, “Josh Duggar is going to have to be in protective custody from Day One. That’s most likely in solitary and solitary is takes its mental tole (sic) fast.” Well, On Instagram, Katie Joy of Without A Crystal Ball also talked about protective custody. 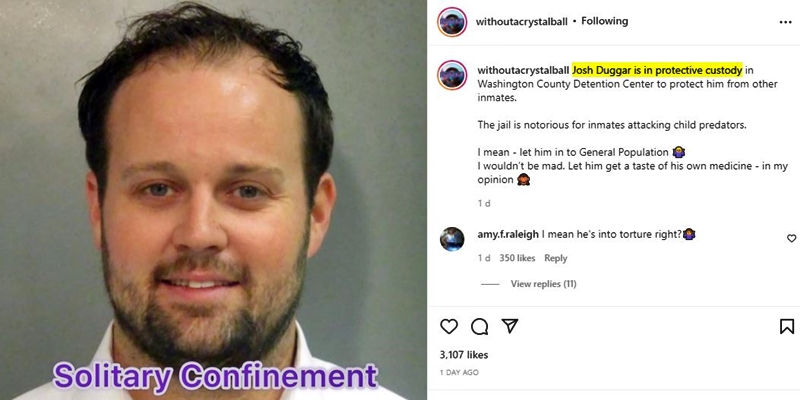 If the report from Katie Joy is correct, and Josh Duggar stays in solitary, then he might not be able to receive visitors. One follower wrote, “My brother has unfortunately been to jail and prison here in Arkansas. Solitary also means no phone calls or visits. They may be protecting him but he is very much still being punished.” Meanwhile, some folks with county detention experience noted that protective custody might not be that strict as large prisons. Well, for some fans, that’s not enough, A few Counting On fans really wished dire things for Josh.

Josh Duggar – Fans Angry That Nobody Protected The Children

Be sure to catch up on everything happening with the Counting On family right now. Come back here often for more news and updates about Josh Duggar.