The Young And The Restless Comings And Goings: Chelsea Returns To Claim What’s Hers 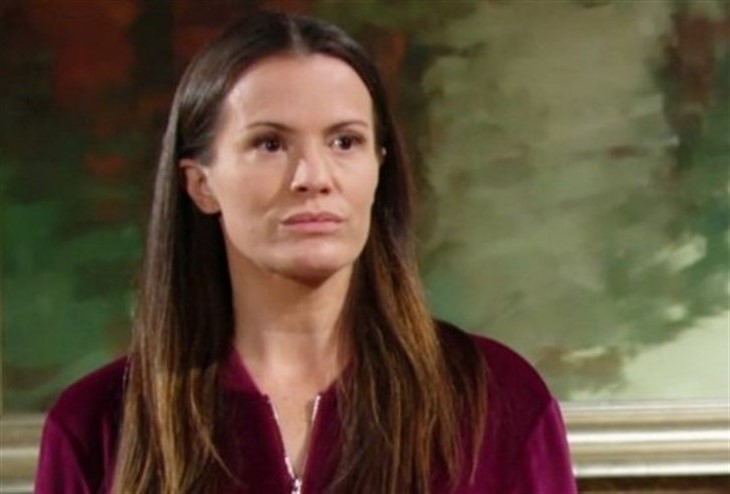 The Young and the Restless (Y&R) spoilers tease that there is a very big return to announce for the week of December 13, 2021. Melissa Claire Egan is back as Chelsea Lawson on Tuesday, December 14.

The actress was out on maternity leave and during her absence a whole heck of a lot has changed in Genoa City, Wisconsin. Will she like the changes that have transpired in her absence? Or will she do everything in her power to make things return to the way they were before she left?

The Young And The Restless Spoilers – The Week Of December 13, 2021 Brings Back A Fan Fave

Melissa Claire Egan has completed her maternity leave and will appear on the tv screen this week. Look for the brunette character to pop up on Tuesday, December 14. Chelsea is a firecracker and her return will be explosive. She has made it clear to Adam Newman (Mark Grossman) that she wants to rekindle their flame, but he has made it equally clear that he wants to take things slowly. Chelsea is not a girl who likes to hear the word no and on top of that Adam is spending time with a gorgeous woman who could give Chelsea a run for her money in the con artist department.

Explosive show spoilers reveal that Chelsea hits up the Newman compound where she finds not only Adam but also his father Victor Newman (Eric Braeden) and Nikki Newman (Melody Thomas Scott).

There’s no love lost between Chelsea and Mr. and Mrs. Newman so this meet up will be filled with intrigue.

The Young and the Restless Spoilers: Lily’s Risky Bet on Billy Pays Off – Victor #yr #youngandrestlesshttps://t.co/nqW7JWdLNT

The Young And The Restless Spoilers – What Happens In Genoa City, Wisconsin The Week Of December 13, 2021?

At some point Chelsea will have to find out about Sally Spectra (Courtney Hope) the town pariah and Adam’s latest hire. Adam and Sally have been flirting with the idea of something beyond their professional relationship and Chelsea will definitely not like that.

How far will she go to defend her territory? She is no shrinking violet and poisoned Rey Rosales (Jordi Vilasuso) to get back at Adam. If she thinks that Sally is horning in on her man, Chelsea has shown that she is capable of anything. Let the games begin!