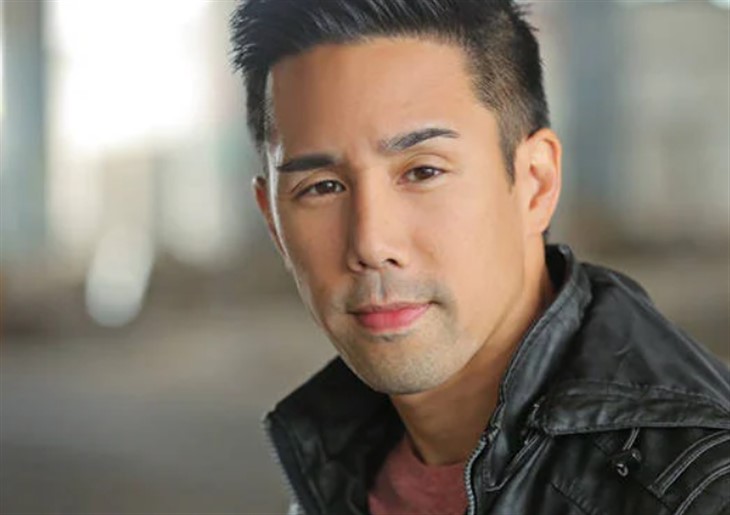 General Hospital (GH) spoilers and updates tease that Parry Shen is back in the daytime show. The actor reprised his role as Brad Cooper and showed up again in the daytime drama in the December 10 episode.

Shen’s return was teased by the show’s bosses back in November. The actor also shared the news to his followers on Instagram when he shared a clip of himself as he sets his car’s GPS to “work.” The caption of his photo read, “Time to go to work” and added the hashtag #GH.

He shared another snap of himself in his Instagram story while wearing his Pentonville wardrobe. He wrote “Brad’s back” and included an arrow, which pointed to his back in the mirror.

Fans may recall that Shen joined the cast of General Hospital back in May 2013 on a recurring basis for several years. His character was sent to prison in 2020 but he still made an occasional reappearance on the show in November 2020 as well as February and July 2021.

Shen’s alter-ego was bound to return to the screen after it was revealed that his aunt, Selina Wu (Lydia Look), was doing everything she can to help him get paroled. Spoilers hint that he’ll get out of jail. Sonny Corinthos (Maurice Benard) may even make good on his promise to Ms. Wu and vote in his favor. However, his recent actions in the December 10 episode may take him back to prison once again.

GH Spoilers – Will Brad Cooper Find Himself In Prison Again?

Spoilers hint that Brad can’t keep himself away from Wiley Quartermaine-Corinthos (Caleb and Kyler Ends). When that happens, he’ll once again end up on Sonny’s bad side.

Brad will secure his freedom thanks to Sonny’s help since he knows someone from the parole board. Michael Corinthos (Chad Duell) won’t like the news, so does Sonny. But the latter had no choice but to do what he had to do so he can close the deal with Ms. Su.

But, Sonny warned Ms. Wu that Brad still can’t go anywhere near his grandson. Back then Brad was too worried about his secret getting out that he didn’t really feel any attachment to the kid. It was Lucas Jones (last played by Matt Trudeau) who had to suffer after Wiley returned to his true family.