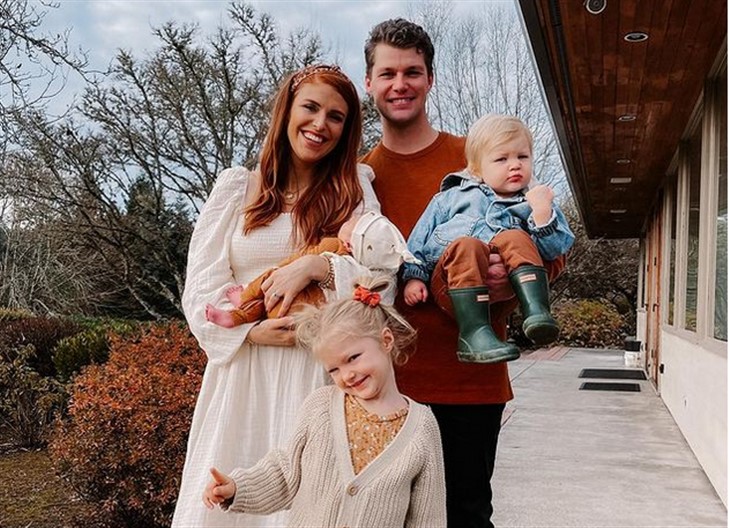 Little People, Big World (LPBW) alum Audrey Roloff didn’t share posts of the kids with chocolates at Easter. Perhaps, she prefers to focus on the religious aspect of the holidays. And, she seems disapproving of the commercialization of Christian celebrations. Perhaps that’s why this year she took the kids, Body and Ember, to meet The Grinch instead of Santa Claus.

It’s not that long ago, that Audrey and Jeremy welcomed their third child. Little Radley is cute, fans agree, but still way too small to enjoy Christmas. So, only Amber and Body went along to meet The Grinch. Perhaps Bode is now old enough to get into the spirit of the festive season a bit more. But, he didn’t look all that comfortable with the idea of posing with the green creature for his Christmas photo. Mind you, a lot of kids also seem scared of Santa.

LPBW fans noticed this year, that Audrey didn’t share photos of the kids with chocolates at Easter. Our Teen Trends reported that she seemed to think little of the commercialization of the holiday. It doesn’t seem to sit well with her. In fact, the previous year, she shied away from the aspect of chocolate and treats as well. Well, that might also explain The Grinch instead of Santa in 2021.

On Sunday this week, Audrey took to her Instagram and shared two photos of Ember and Bode. In one of them, Ember stood alongside the scary green monster. Meanwhile, The Grunch knelt down and Bode sat on his knee, looking way unsure of it. Audrey captioned her photos with, “Anyone else’s kids more fascinated with the grinch than Santa? 😂 I think we’ve got ourselves a little Cindy Lou Who😘” 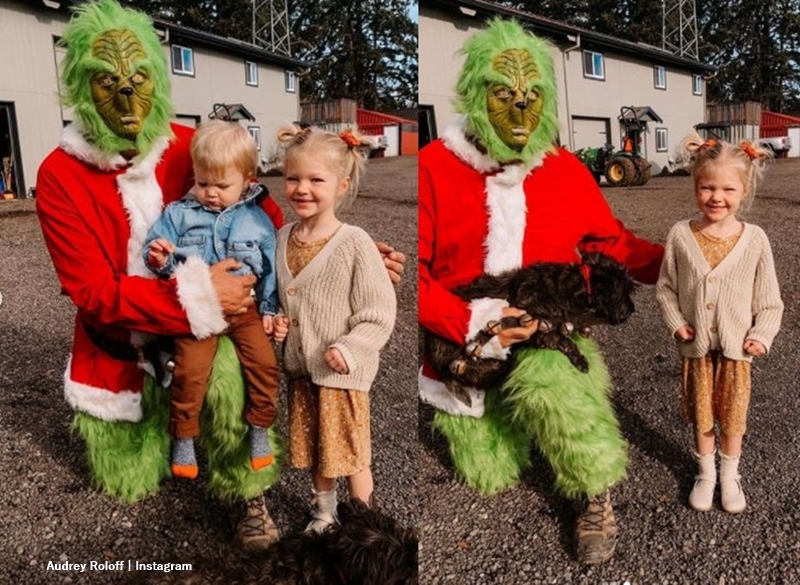 LPBW Fans reacted and a lot of them said that their kids also like The Grinch. But, some of them felt that Bode looked very uncomfortable with the experience. One of them wrote, “Bode looks like he’s saying a little prayer that the Grinch doesn’t eat him!!! 😆” Then, another fan noted, “Bodes face! “Avoiding eye contact” level 100😂.” This comment also arrived: “Bode doesn’t look impressed 🎅🏼.” And this one, “Bode seems like he could do without lol.”

The Sun reported that like the son of the LPBW alum, some kids seem very uncomfortable with The Grinch version of Santa. Actually, some of them are terrified of it. However, others just love the whole idea. Actually, even big sister Ember didn’t seem too keen on the visit. One fan commented that she gave The Grinch plenty of “space.”  Another one noticed her “clenched fists.”

Be sure to catch up on everything happening with Little People, Big World right now. Come back here often for more LPBW spoilers, news, and updates.