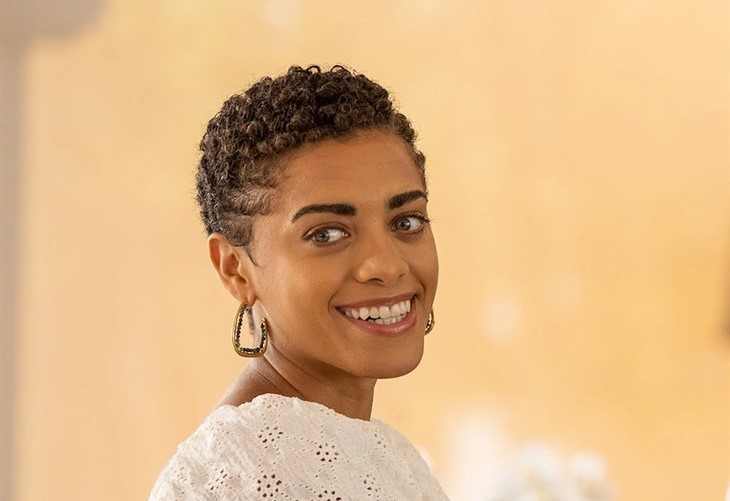 The Bold and the Beautiful spoilers and updates tease that Kiara Barnes works with Kimberly McCullough on Fantasy Island. Both actresses collaborated for the primetime reboot’s holiday installment.

Fans may recall that Barnes previously appeared as Zoe Buckingham on The Bold and the Beautiful while McCullough played the role of Robin Scorpio on General Hospital for several decades.

Barnes takes on the role of Ruby on Fantasy Island, which airs on Fox. The primetime series was renewed for a second season and it also has a holiday installment, which is directed by McCullough.

Barnes shared the good news about the show’s holiday special and said “can’t wait.” She reposted the trailer that was released by the show’s official social media account, which captioned, “Excited for more of this friendship? Ruby and Elena are back on the island for a #FantasyIsland holiday special December 21 on @FOXTV.”

McCullough was quick to respond to Barnes’ post and said, “Loved shooting this scene with you two. Such an easy connection.” The other person she was referring to was Elena Rourke, the person who runs the Island.

B&B Spoilers – Will Kiara Barnes Return To The Bold And The Beautiful?

There’s no official news that Barnes is returning to the show. The actress is currently busy with her primetime gigs as of the moment and she may not have the time to reprise her role as Zoe on The Bold and the Beautiful.

Spoilers hint that Ridge Forrester (Thorsten Kaye) and Taylor Hayes (Krista Allen) will finally be reunited after several years of being apart. They may be divorced but it’s obvious that the pair still care for each other very much.

Ridge and Taylor will share a heartwarming embrace. The latter is still in love with Ridge but the question is if he feels the same way too, or not.

The Bold And The Beautiful Spoilers: Ridge & Taylor Gang Up On Deacon #BB #BoldandBeautiful https://t.co/zw3hEzn38f

She eventually learns that Taylor plans to stay in Los Angeles, which will make her feel worried as to how this would affect her marriage. She shares her fears with Katie Logan (Heather Tom). She’ll start to admit that her marriage with Ridge Forrester isn’t as solid as others believed.