General Hospital (GH) Spoilers: Ned And Olivia Get Back Together For Good! 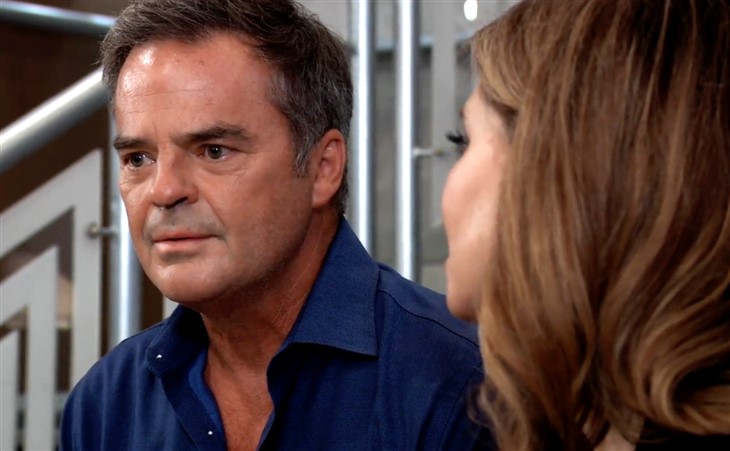 General Hospital (GH) spoilers tease that many times during the past year or so, it looked as if the marriage between Ned Quartermaine (Wally Kurth) and Olivia Falconeri (Lisa LoCicero) was going to be a thing of the past. The biggest blow to the their union was the fact that Ned had a one night stand with Alexis Davis (Nancy Lee Grahn)! Not only did Ned cheat on his wife, but he actively tried to keep the truth from Olivia!

But slowly, Ned and Olivia began to take steps toward reconciliation. But when Olivia’s son Leo Falconeri (Easton Rocket Sweda) began showing signs of autism, all the goodwill between Olivia and Ned seemed to just vanish. Olivia didn’t want to believe that there was anything wrong with her son. But then Leo disappeared on night and they found him near the water. Ned thought to look for Leo there because he had been reading up on autism and found that kids on the autism scale oftentimes seek out bodies of water. Grateful when they found Leo near the Harbor, Olivia realized that she should have Leo checked out by a specialist.

GH Spoilers – Ned Quartermaine Is Concerned About Valentin Cassadine’s Threat To His Family!

Ned was concerned over the Thanksgiving holiday because his daughter Brook Lynn Quartermaine (Amanda Setton) had just told Valentin Cassadine (James Patrick Stuart) that he isn’t the father of her baby. Ned was concerned that Valentin would once again go after ELQ in revenge. He fully expected Olivia to be against his plotting, but she surprised him by agreeing with his proactive decisions. She explained that she knew that Ned has looking out for his family and she supported him. And while Oliva hasn’t yet fully reconciled with Ned, it seems like things are finally back on track.

So perhaps as Christmas rolls around and miracles seem to be all around, Ned and Olivia will finally come back together for good. It hasn’t been easy for either of them. They’ve both said and done things that they likely wish they could take back. A times it seemed like it would take a miracle for these two to put their differences aside. But what better time for a miracle than over the holidays!

Should Olivia and Ned break up for good? Or should they give their marriage another chance? Will they be back together in time for Christmas? Anything can happen in Port Charles so stay tuned to General Hospital airing weekdays on ABC. And don’t forget to check back right here regularly for all your General Hospital news, information and spoilers!