The Bold And The Beautiful Spoilers: Lawrence Saint-Victor Teases ‘Quarter’ Not Over, Attraction Is Still There 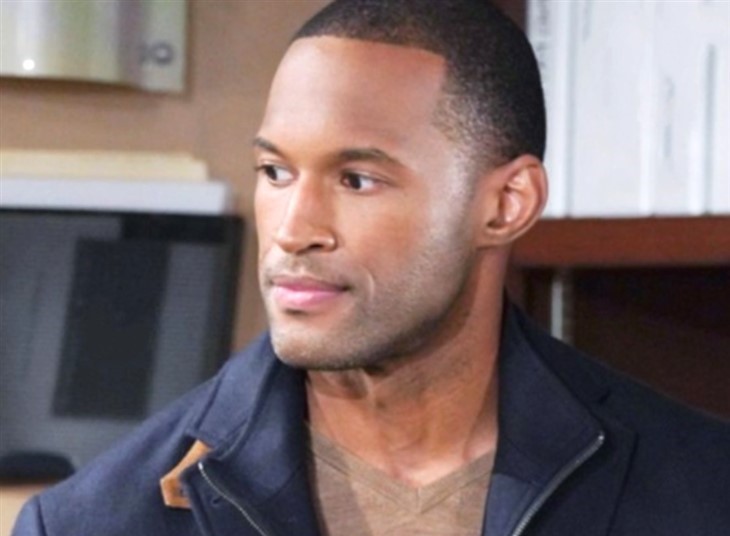 The Bold and the Beautiful (B&B) spoilers reveal that Carter Walton (Lawrence Saint-Victor) and Quinn Forrester (Rena Sofer) might not be over just yet. Despite Quinn recommitting herself to Eric Forrester (John McCook), Saint-Victor teased that “Quarter” is trying to behave, but the attraction is still there. Keep reading to find out everything the actor had to say.

The Bold And The Beautiful Spoilers – Quinn Forrester’s Recommitment

B&B spoilers reveal that Quinn and Carter both told each other the “L” word. Despite admitting that they were in love, Quinn recommitted herself to Eric. Even when Brooke Logan Forrester (Katherine Kelly Lang) talked to Eric about Donna Logan’s (Jennifer Gareise) honey cure, Quinn still stayed with her husband. However, it is clear that “Queric” isn’t meant to last and they are just delaying the inevitable.

The Bold And The Beautiful (B&B) Spoilers: Sheila And Brooke Out To Stir Up Trouble For Taylor

Carter was heartbroken when Quinn rejected his suggestion that they run away together. Since the big split, Carter has tried to move on. Carter and Katie Logan (Heather Tom) seem interested in each other. However, the minute Katie got a phone call from Bill Spencer (Don Diamont) wanting to meet, Carter changed his mind.

Carter also looked within himself and realized that he is always attracted to women who are not totally available. Unfortunately, Carter is throwing Katie into this pile even though she is single.

The Bold and the Beautiful spoilers reveal that Carter’s decision about Katie would make sense if she was constantly canceling dates because of Bill. However, it was one time and as much as Carter may not like it, Katie and Bill have to co-parent together. So, that doesn’t mean she isn’t totally available. It means she has a child and has to work with the baby daddy.

Of course, there are fans who think that Bill might continue trying to get Katie back. However, it seems that Bill realizes he’s out of chances. Maybe there is another reason why Carter immediately lumped Katie into the “unavailable” pile… and it has nothing to do with Bill.

B&B Spoilers -‘Quarter’ Not Over Yet?

Speaking on an episode of Bold! Live, Saint-Victor teased that there is still love and/or lust between Carter and Quinn. The actor also mentioned that “Quarter” is trying to behave themselves, but the attraction is still there.

“It takes a long time for people to fully fall out of love with someone they’re in love with… [the attraction’s] still in there… if Eric never came back, they would be together right now. So it’s not like they said, ‘Oh, we don’t fit. We don’t work. We don’t like each other.’”

What do you think is going to happen with Carter and Quinn? Is the real reason Carter gave up so easily on Katie because he still has feelings for Quinn?