The Young And The Restless Spoilers: Chelsea Has A Festive And Memorable Homecoming 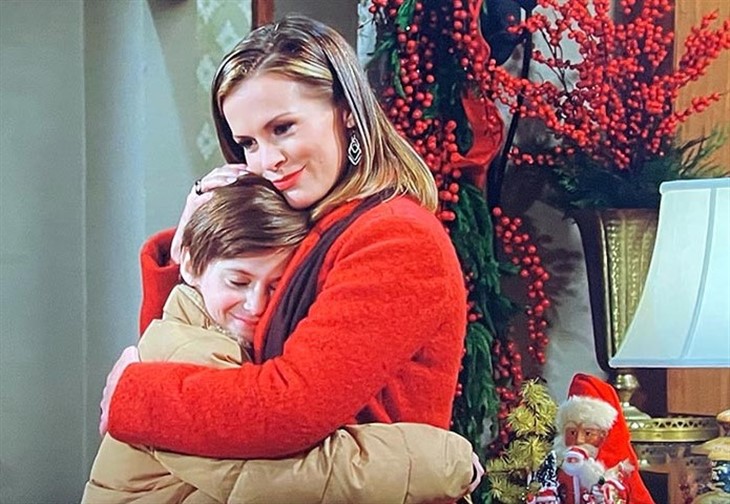 The Young and the Restless (Y&R) spoilers and updates tease Chelsea Lawson (Melissa Claire Egan) is coming back home to Genoa City in time for the holidays. Chelsea needed to help her mother Anita Lawson (Catherine Bach). Chelsea needed to find a way to put her life back on track. Chelsea is ready to face her life in Genoa City. She wants to reconnect with the ones that she loves and make new connections. Chelsea may find that the holiday season will help her to get back into her life again.

Chelsea will be delighted to be able to be home in time to spend the holidays with her son Connor Newman (Judah Mackey). Connor has missed having Chelsea at home. Chelsea and her ex-husband Adam Newman (Mark Grossman) have been trying to make Connor feel important and loved even though they are not together. Adam has been getting advice on how to help Connor from Sharon Rosales (Sharon Case). Adam has found that Sally Spectra (Courtney Hope) has been a help to him with Connor.

The Young And The Restless Comings And Goings: Chelsea Returns To Claim What’s Hers

Chelsea does not know Sally and will want to get to know her. Sally has gotten close to Adam and to her best friend Chloe Mitchell (Elizabeth Hendrickson). Sally needed to have a second chance after she made the mistake of conspiring against Summer Newman (Hunter King) and Kyle Abbott (Michael Mealor). Chloe believed that Sally should join her at Newman Media and work with her in the fashion division.

Sally was grateful that Chloe decided to help her. Sally got help from Adam when she wanted his sister Victoria Newman Locke (Amelia Heinle) to wear the wedding dress that she designed for her at her wedding to Ashland Locke (Richard Burgi). Sally has hoped that she and Adam could become more than friends. Chelsea is going to need to figure out how she feels about Sally. Chelsea will be happy to be reunited with Chloe but she is going to see that Chloe and Sally have become friends. Chloe wants Chelsea to work with her and Sally at Newman Media. Chelsea will need to decide if she wants to join them.

The Young and the Restless Chelsea is coming back to Genoa City when people are connecting to each to other for the holidays. Chelsea can get close again with Connor as they celebrate the holidays. Will Chelsea and Connor have a merry time at spreading holiday cheer? Chelsea will want to find out where she stands with Adam and Chloe.

Will Chelsea have a positive reunion with Adam and Chloe? Chelsea will be making new connections to Sally and to Noah. What will the connections that Chelsea makes with Noah and Sally bring into her life? Be sure to catch up on everything happening with Y&R right now. Come back here often for The Young and the Restless spoilers, news, and updates.