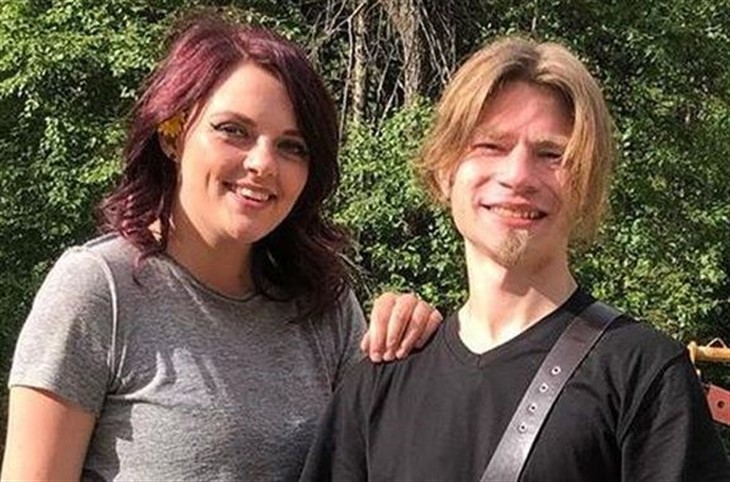 Alaskan Bush People (ABP) star Bear Brown and his girlfriend Raiven Adams look very happy together these days. Of course, Discovery fans became terribly confused about their relationship. After all, they split so many times, that some of them can’t keep up. However, since the sad death of his dad, Billy, they seem to have made a commitment to each other. On her birthday this week, Bear gushed about his baby mama.

Raiven Adams and Bear didn’t seem to still be together when Billy died. But, as they seem very close now, some fans suspect the death of his dad made them realize just how precious love is. Actually, fans saw some very emotional scenes in the newest season of the Discovery show. The whole family paid tribute to their dad. Plus, Bear shared a post on Instagram, reminding fans that his dad would have turned 69 this month.

Well, it looks like Alaskan Bush People star Bear Brown got a lot of loving support from Raiven. Actually, some fans suspected that he hinted very strongly that they recently became engaged again. Certainly, few fans expected that might happen last year. The Sun reminded fans that they fought a bitter custody dispute over their son River. While a lot of folks sided with Bear, it all left a bitter taste for many fans. Well, this year, on Raiven’s birthday, it’s a very different couple that fans see.

Bear Brown took it hs Instagram on Tuesday, December 14, and shared a photo of himself with Raiven. In the photo, he tenderly kissed her. Taken at night, they looked a bit chilly standing in front of a snowman. Still, his warm message probably made Raiven feel very loved. First, he told fans that it’s Raiven’s birthday. Then he gushed, “Raiven I love you so very much! So much more then (sic) I can convey with words! Your beauty and kindness is unrivaled! For as long as I’ve known you, you still take my breath away! I am forever yours! Happy Birthday my love!” 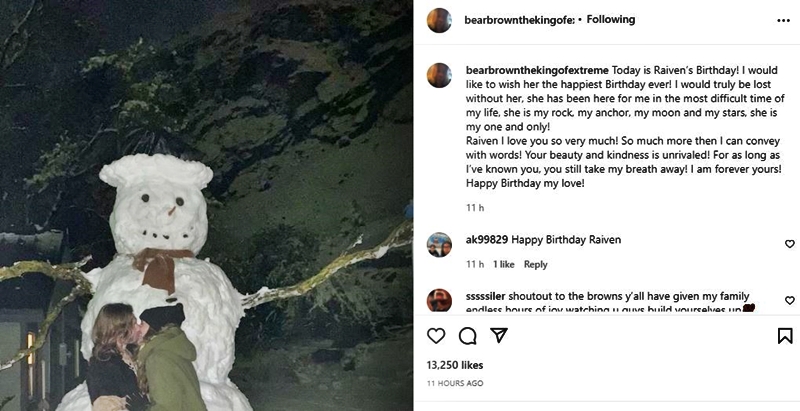 Alaskan Bush People fans saw that he had a lot more to say about Raiven Adams. Bear also wrote, “I would truly be lost without her, she has been here for me in the most difficult time of my life, she is my rock, my anchor, my moon, and my stars, she is my one and only!” Well, that sounds sweet, fans agree.

Alaskan Bush People fans replied to Bear Brown and of course, they wished  Raiven Adams a “happy birthday.” Meanwhile, other comments arrived like this one: “Hello Bear … But that’s a nice photo! Thanks for sharing! Happy Birthday, Raiven…I wish you all the best and God’s blessing for you, Bear and River! Have a wonderful day with the whole family 🙏🤗💖💐🌹.”