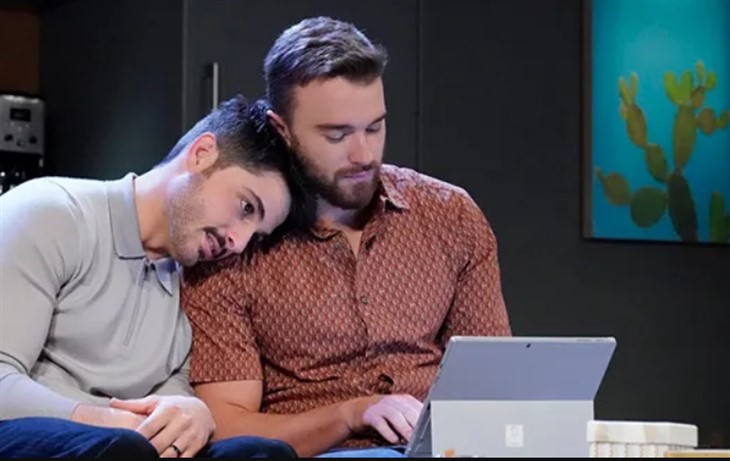 Find out what makes the two DOOL stars call “A Very Salem Christmas” a walk on the “wacky” side. And check out everything to know about “Days Of Our Lives” new film below.

It’s beginning to look a lot like Christmas. And in Salem, that means creating a new holiday tradition. Although many cast members will unite for “Days Of Our Lives: A Very Salem Christmas,” Daytime Confidential reports that one popular couple will steal the DOOL spotlight.

Days Of Our Lives Spoilers: Steve Has Shocking And Personal Mysteries To Solve

Look for Will Horton, played by Chandler Massey, and Sonny Kiriakis, portrayed by Zach Tinker, to kick-off “A Very Salem Christmas” by setting the scene. As the film begins, Will and Sonny are spending Christmas Eve in Arizona. But Will has more on his mind than hanging stockings for Santa Claus. With a script deadline, Will focuses on his Salem hometown to inspire him.

Horton’s portrayer, Chandler Massey, hinted at what happens. “You’re gonna expect this alternate reality version of Salem, where relationships that people have are a little different,” teased Chandler. “Everything seems familiar, but also new. It’s kind of a wacky ride through like a bunch of ‘What If’ scenarios.”

For Zach Tinker, who plays Sonny, returning to his character’s drag alter ego felt both “great and awful!” But those high heels and makeup didn’t exactly win his heart. Even though Zach previous wore drag for the “Days Of Our Lives: Beyond Salem” limited series DOOL spin-off, Tinker still went through a learning process.

“It’s great when you are back in them but the process of getting into them takes about two and a half to three and half hours. Which is just very long, uncomfortable, itchy and hot!” confessed the actor. “Taking the makeup off can take up to three days. It’ll be a few days later and I’ll be like ‘Oh, I have eyeliner on, and I can’t get it off!'”

But with the complaints come compliments for the experience. “But it’s a blast! You feel very free in drag. I’d never done it before the first time [we did for Beyond Salem] and then for this second time, I was like ‘This is baller. This is fun!'” added the actor.

As for whether the actors will return permanently to Days Of Our Lives, Tinker hinted at a “possibility” that they will reprise their roles. Would you like to see the couple return in recurring DOOL roles? Share your views with us. And then check back on our site for all the DOOL news!