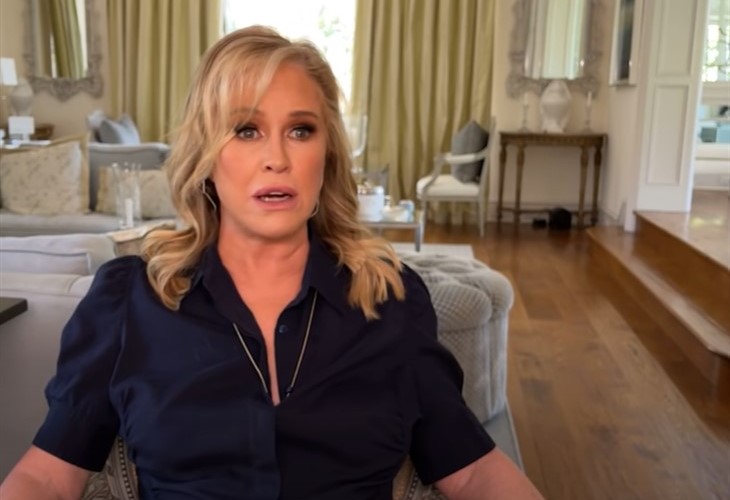 Real Housewives Of Beverly Hills fans seemed divided about the news that Kathy Hilton now looks set to return as a friend on a regular basis. Rumors arose that she delayed committing to Season 12 because she wanted more money for her appearances. Well, that now seems to be the case, and reportedly, she hammered out a deal with Bravo.

In Season 11, most fans liked Kathy as she seemed to lighten up some of the drama. Seldom very deep or becoming over-the-top she helped to keep things amusing. So, fans liked that. But, they didn’t like it so much when a  report emerged that she now returns after getting more money. It’s not clear yet, who actually leaked the deal with Bravo. It looks like she will probably start filming for season 12 after the holidays.

Real Housewives Of Beverly Hills suspended production for a bit as some cast members tested positive for COVID 19. Fortunately, after her scare when her home was robbed, Dorit Kemsley wasn’t one of them. In fact, her robbery might get some coverage during Season 12. Well, even if she doesn’t, it looks like it’s a done deal that fans will see more of Kathy going forward. That probably makes people who she made laugh feel happy. Notably, though, not everyone cheers about it.

TMZ broke the news that Kathy Hilton returns as a friend on a regular basis after striking a deal for more money. The outlet noted, “No doubt, fans will be pumped she’s coming back.” Well, naturally, some of them are, but when @bravohousewives shared the story on Instagram, not everyone jumped for joy.

Real Housewives Of Beverly Hills fans like Kathy but not all of them like the news that she reportedly held out for a higher salary. Here’s what some Bravo fans said about it:

Oh good I was worried how poor she would end up 🙄.

Hasn’t she got enough…maybe she could donate some.

But they couldn’t do that for nene ??

hat’s not even fair. More cash for a friend of to a woman who is in no need for MORE money ever in life, who wants more money to socialize, and more money that she probably won’t even spend in her lifetime? I would have passed. Money is greed. She’s funny but that’s sad.”

Some Real Housewives Of Beverly Hills fans didn’t really care where Bravo puts their money as long as they pay a cast that they like. One of them commented, “Good because I would rather see her on it and laugh than listen about Erika’s lawsuit problems.” Then another supporter noted, “Love a woman who knows her worth!!👏👏👏”