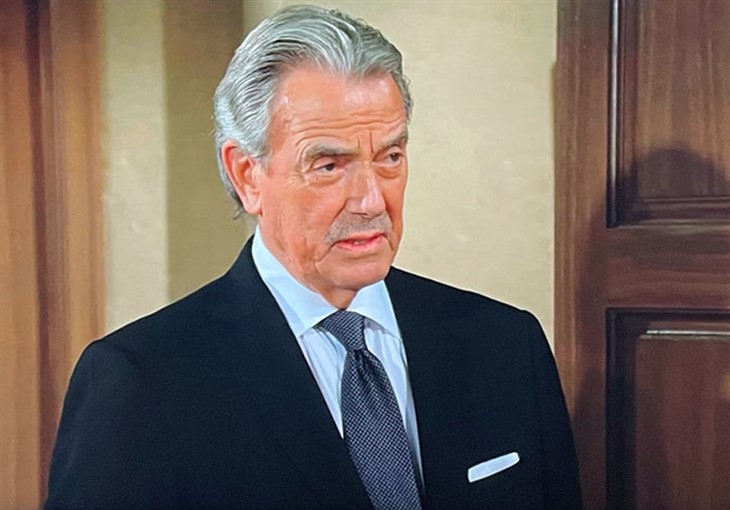 Viewers of The Young and The Restless will recall that Sally took it upon herself to get some derogatory intel on Billy for Adam Newman (Mark Grossman) thinking she could help save the fashion division. Sally had disguised herself in a long blonde wig and sunglasses, and took videos of Billy drinking and other things, thinking she was getting some real dirt on him and sending the videos to Adam anonymously.

The Young And The Restless Spoilers: Chelsea Has A Festive And Memorable Homecoming

Viewers of The Young and The Restless will also recall that Adam had called Sally and Chloe Mitchell (Elizabeth Hendrickson) into his office for a meeting, where Chloe mentioned Chelsea Lawson (Melissa Claire Egan) had arrived and about getting her to start working with them. Sally thought she’d like Chelsea by the way she’d been described to her. Adam said he already was aware of Chelsea’s return, and then dismissed Chloe but asked Sally to stay. Adam told her he had been receiving videos of Billy that didn’t paint him in the best light.

Sally, playing innocent, asks if he knows who sent them. Adam told her they were from an anonymous source. Adam couldn’t trust the source. He could be walking right into a trap of Billy’s. Sally disagreed, saying that it sounded like they had his best interests at heart. Adam asked if she had thoughts on who the person is, obviously suspecting it might be her!

Y&R Spoilers – Billy Indeed Has Been Pulling A Scam

Viewers of The Young and The Restless know that Billy indeed has been pulling a scam, and his partner Lily Winters (Christel Khalil) has been helping him with it! They actually got the idea from Billy’s ex-wife Victoria Newman-Locke (Amelia Heinle) who warned Lily about Billy spiraling downwards, and what to look for in his behavioral signals. Victoria seriously believes that Billy could go down a very dark path, possibly even developing dissociative identity disorder along with post-traumatic stress disorder like he did when Chloe and Adam first came back to Genoa City.

Viewers of The Young and The Restless will recall that Billy even tried to kill Adam, setting him up to run him over in the dark night at the same spot Adam ran over Billy and Chloe’s daughter Delia Abbott (Sophie Pollono). Chloe followed Billy and pushed Adam out of the way, but Billy crashed and broke his leg. Chloe and Kevin Fisher (Greg Rikaart) got him to a boathouse where they nursed him and set his leg, but then he started spiraling into his bad Billy persona, and Chloe called Victoria. Victoria somehow got him back to himself! But recently, Billy has been playing the great pretender!

The Young And The Restless Spoilers – Sally’s Scheme Backfires Big

Viewers of The Young and The Restless will see that Sally’s scheme backfires big, when Victor and Adam have to come up with another plan to deal with Billy! It’s a good bet that when Billy’s excellent acting job is revealed that Adam will bust Sally to Victor! Adam knows that Sally meant to help but she should have been honest about what she was doing.

Adam will likely stand up for Sally with Victor when he blasts Sally for not having seen through Billy’s scheme, citing that she doesn’t know Billy like they do! Adam’s decision not to act on the videos she took was a good one – Newman Media could have been put in a very bad light themselves if they had chosen to go with that information on Billy Abbott!

Stay tuned to Y&R, and keep checking The Young and The Restless spoilers frequently for all the latest news, updates, and developments!