General Hospital (GH) Spoilers: Will Sasha And Brando Get Their Christmas Miracle? 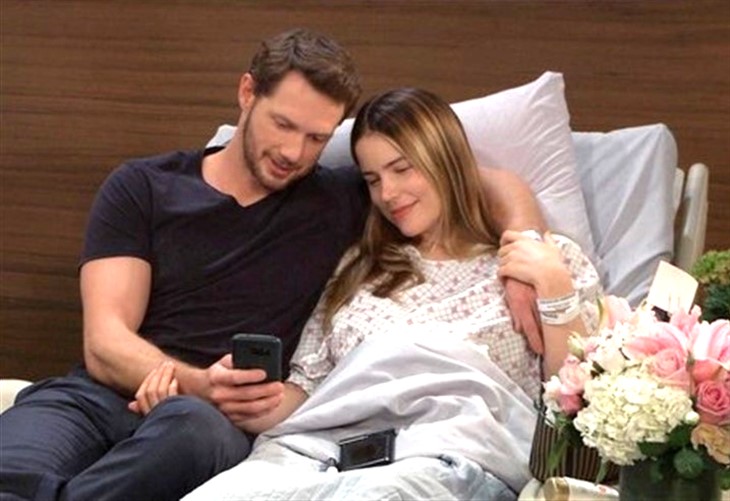 General Hospital spoilers indicate that Brando Corbin (Johnny Wactor) and Sasha Gilmore’s (Sofia Mattsson) are about to lose their newborn son. Will Sasha and Brando get a Christmas miracle?

General Hospital’s baby Liam Corbin (Unk actors) is in very bad shape. Liam has severe brain damage from the lack of oxygen before his birth. All treatment to save Liam seems to have failed at this time. Sasha and Brando have been advised to take their son off life support and allow him to die. Liam will not have any quality of life and will be on life support as a vegetable from all accounts. Should Sasha and Brando let go of their son?

Could Brando and Sasha receive a miracle after all this time and their son survive? Sasha wants to take her baby home and everyone is telling her that it cannot be done. Will Sasha figure out a way to keep her son alive? Will Liam miraculously live after all? What will happen to this tiny little boy who is fighting to survive?

General Hospital’s Britt Westbourne (Kelly Thiebaud) says that the baby can only survive in a long-term care facility. Carly Corinthos (Laura Wright) and Sonny Corinthos (Maurice Bernard) were told the same about Michael Corinthos (Chad Duell) after he was shot in the head. The facility can keep Liam alive, but will his parents get to spend any quality time with him? If Liam is at the facility he will simply be surrounded by nurses and doctors and not much more. Brando and Sasha cannot spend much time with Liam at a facility at all. Can Brando talk Sasha into letting go of their little boy?

General Hospital’s Mike Corbin (ex-Max Gail) helped Sonny return home to his family. Could Mike be the Christmas miracle that Liam needs? Liam is Mike’s namesake, it would only be natural for Mike to help save the baby.

However, the baby may be off life support by that time. Will these writers go through with killing this baby after trying to save his life? What reason could the writers have to kill off this baby when there isn’t another one are that needs an organ? After all, Sasha almost died and then ended up pregnant and turned her life around. Do Sasha and Brando not deserve some happiness?

Fans are hoping for a miracle to save baby Liam. Will the writers deliver?