General Hospital Spoilers: Michael Gets On Wrong Side Of Selina, Earns Himself A Hit? 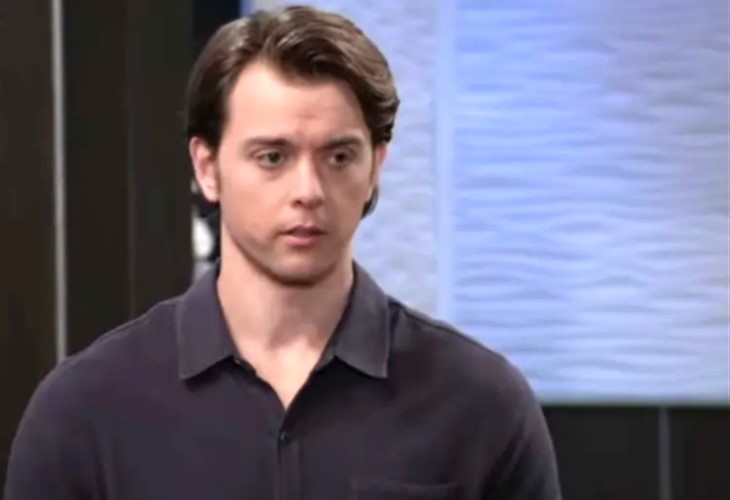 General Hospital (GH) spoilers and rumors tease that Michael Corinthos (Chad Duell) has gotten on the wrong side of Selina Wu (Lydia Look) and earns himself a hit in future episodes of General Hospital!

General Hospital viewers will recall that Sonny and Selina made an agreement – she takes care of Peter August (Wes Ramsey) permanently, while he takes care of Selina’s nephew, Brad Cooper (Parry Shen) getting out of prison on parole! General Hospital viewers will recall that Peter wound up in General Hospital after being poisoned, after Brad brought a breakfast tray to him in Pentonville Prison. Peter hadn’t died yet but looked to be real close to it, and Sonny called his guy on the parole board and Brad was freed! The other part of the agreement with Selina that Sonny made is that none of the Corinthos family would retaliate against Brad.

General Hospital viewers will remember that Brad was in prison for keeping the secret for nearly two years that Michael’s baby with Nelle Benson (Chloe Lanier) lived and swapped his and Lucas Jones’ (Matt Trudeau) dead adopted baby who was Willow Tait’s (Katelyn MacMullen) with Shiloh Archer (Coby Ryan McLaughlin). Michael threatened to kill Brad if he came near his son, now called Wiley Corinthos (Kyler and Caleb Ends) and was very impertinent with Brad’s aunt Selina! In Wu mob family leader Selina’s eyes, that is a violation of the non-retaliation agreement his father made, and not only that, it showed extreme disrespect! As General Hospital viewers know, showing disrespect is a big, big, no-no in Selina’s world!

General Hospital viewers know that Brad had promised not only the Corinthos family, but himself, that he would stay away from Wiley, who he had been very attached to. Michael was extremely angry and threatening and probably shook Brad up, who as General Hospital viewers will recall, tends to be on the timid side! Selina is trying to toughen him up but she may have a gargantuan task ahead of herself in that! There is a fairly good chance that Brad will tell his aunt of Michael’s murder threat, as Michael had gotten in his face and snarled that if Brad even looked Wiley’s way, he would “end him” which could only be taken as a murder threat! That, in itself, would raise Selina’s ire and put Michael on her hit list, but he had also gotten in Selina’s face and disrespected her as well!

GH Spoilers – An Eye For An Eye

General Hospital viewers know that in an Asian crime family, the Wu family being Chinese in origin, the standard is an eye for an eye. Selina’s nephew is threatened by Sonny’s son, and that is a violation of their non-retaliation agreement. That puts Sonny’s son, Michael on Selina’s hit list. General Hospital viewers know that by violating his father’s agreement with Selina, he has effectively cancelled and negated it and Selina has the right to retaliate against Sonny but putting a hit, or at least giving a big scare, to Michael!

That could be done in any number of violent and possibly gruesome ways, which would in the mob world be defined as “leaving a message”. Michael no longer has Jason Morgan (Steve Burton) to protect him, and Selina will not warn Sonny before taking action. Michael had better watch not only his p’s and q’s, but his back if he thinks that the Wu family won’t retaliate against him!