The Bold And The Beautiful Spoilers: Taylor’s Plan For Sheila – Prove She’s Psycho And Commit Her? 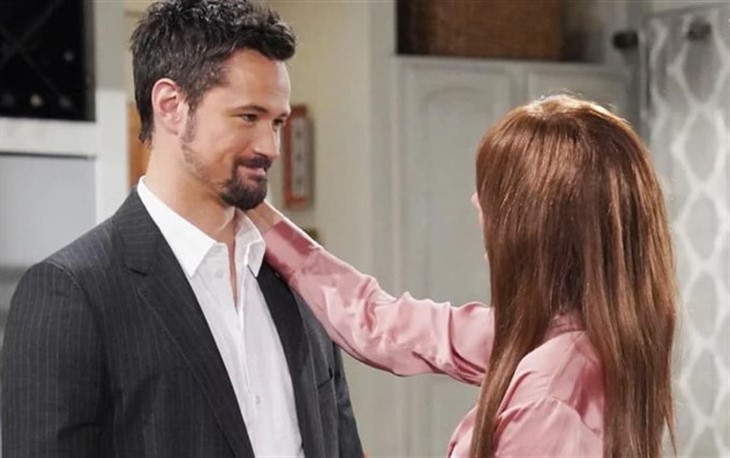 Viewers of The Bold and The Beautiful might think Taylor seems sweet and caring, and she is, but she might have a not so sweet edge to her! Taylor’s no dummy and she hasn’t forgotten when she was shot by Sheila right in front of them. For years Steffy and Thomas Forrester (Jacqueline Macinnes Wood, Matthew Atkinson) thought their mother was dead, and that wasn’t the first time.

The Bold And The Beautiful Spoilers: Lawrence Saint-Victor Teases ‘Quarter’ Not Over, Attraction Is Still There

They thought she was dead earlier in a plane crash until she finally escaped from that Prince what’s-his-name-oh yeah, Omar Rashid (Kabir Bedi) and first lived with her father Jack Hamilton (Chris Robinson) while helping him recover from a heart attack. She had managed to convince Prince Omar to let her take care of her father, never wanting to return there to Morocco again, although Omar had faked her death the second time, trying to save her from Sheila. Still, Sheila had caused enough heartache and dangerous situations when Taylor’s children were little, and she’s danged if she’s going to let her hurt them or her grandchildren ever again!

Viewers of The Bold and The Beautiful as well as Steffy and Thomas will scarcely believe it when Taylor suggests to Steffy, and successfully convinces her, to invite Sheila to spend Christmas with her, Steffy, Dr. John “Finn” Finnegan, (Tanner Novlan) and Steffy’s children Kelly Spencer (Colette and Avalon Gray) and Hayes Forrester Finnegan (Piper Harriot) and Thomas.

Viewers of The Bold and The Beautiful can expect Thomas will not bring Douglas Forrester (Henry Joseph Samiri) but will let him spend Christmas with Hope Spencer (Annika Noelle). Viewers can bet that neither Hope nor Liam Spencer (Scott Clifton) would have allowed Kelly to be with Steffy if they had known Sheila was being invited, however, so Thomas may not tell them! Douglas isn’t mentioned in the spoiler. Viewers can guess there must be some method behind the madness of inviting Sheila, so it has to be a set up and everyone except Sheila and the little ones are probably in the loop. It would be an excellent way to do an intervention and have authorities at the ready to haul off Sheila to an all-expense paid vacation in the nearest psych ward for her Christmas present!

Viewers of The Bold and The Beautiful can expect that Sheila will be told exactly what she wants to hear in order to manipulate her into coming to what will decidedly not be a happy family Christmas! She thinks that Hayes will be there, although she likely has little interest in Kelly. After all, she is not related to her, only to Hayes through Finn. It takes someone who knows a little psychology to successfully psych someone out into being manipulated, which, admittedly, does sound better than the old saying “it takes a con to con a con” and works much better too!

Working with her son-in-law Finn, who is a doctor, Taylor will be able to get everything set up to get Sheila to react in a way –with strict safety measures taken first – that she’ll be successfully able to at least get a twenty-four hour psych hold, but she’ll have to work quickly to make sure that extends into an actual commitment, based on her criminal history. That translates to getting Sheila committed to a facility for the criminally insane! Viewers of The Bold and The Beautiful will agree that it couldn’t happen to a nicer person!