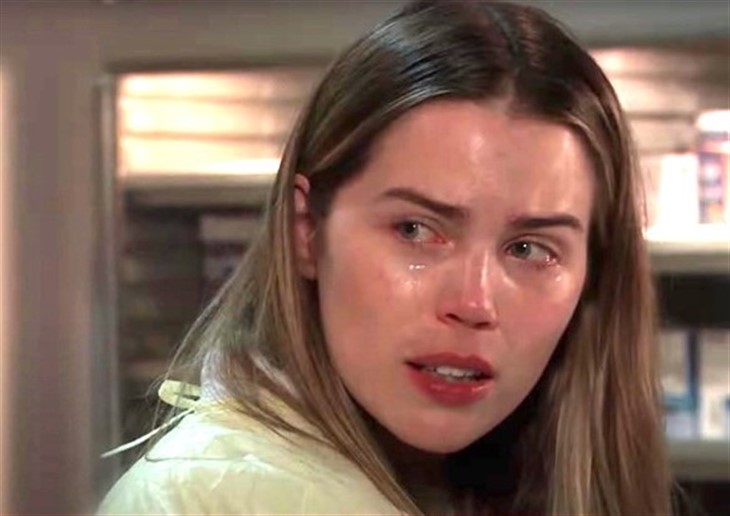 General Hospital’s Gladys blamed Brook Lynn for locking her and Sasha in a room at the Jerome Gallery. Unbeknown to Gladys it was really Esme Prince (Avery Kristen Pohl) would be behind this. However, Gladys if furious at Brook Lynn and blames her for the dead of her grandson. Gladys is certain to alert Brook Lynn to her suspicions Unfortunately Sasha isn’t very stable mentally at the present time.

Could Sasha decide to kidnap Brook Lynn’s daughter to show her how is feels to lose a child? Could Sasha be so far gone that she would take a baby away from it’s mother like her son was taken from her? Sasha may believe that Brook Lynn needs to pay and could cross the line to make that happen.

General Hospital’s Brando Corbin (Johnny Wactor) may try to calm Sasha when his mother starts pushing this issue. Gladys doesn’t like Brook Lynn anyway and Brando could try to convince Sasha that Brook Lynn would never do anything to put her in danger. After all, Sasha works with Brook Lynn at Deception. Sasha and Brook Lynn are friends. Can Brando convince the grieving mother to ignore his mother’s accusations? Will Sasha go after an innocent child over the grieving grandmother’s rantings. Will Sasha end up in Shady Brook over her actions?

General Hospital’s Sasha needs to grieve for her son without Gladys pushing the issue. However, Sasha may actually begin to believe Gladys since Brook Lynn was the last person in the room with them. However, why would Brook Lynn lock them in a room. Gladys is going to have to explain her theory to convince Sasha that Brook Lynn is responsible. However, Sasha does not need to be in trouble for kidnapping. Sasha could find herself going to a mental institution if she crosses this line. Is there any way that Sasha could come back from this? Will Sasha find out the truth about Brook Lynn’s daughter if she attempts to take her?

Sasha has no idea of the huge secret Brook Lynn is keeping or the danger her child would be in. Will Sasha put the baby in danger just to get even with Brook Lynn?