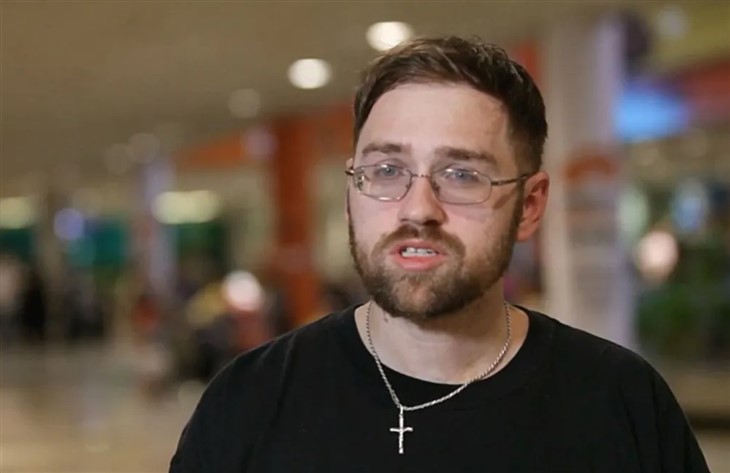 90 Day Fiance alums Paul Staehle and Karine featured in some very disturbing footage that leaked on social media this weekend. Well, the last time Paul spoke about his mom, he threw her under the bus. However, now he thanked both his mom and dad for helping out with the kids. Naturally, fans wonder if it’s a result of the video footage that shocked a lot of people.

Social media took a step back in shock when videos emerged this week. Apparently, Paul installed hidden cameras around his house. Videos emerged that revealed what seemed to be Karine assaulting him. Then another one came that showed her throwing things around the house and the garden. Many fans feared for the safety of the kids. After all, in one of them, Pierre was clearly visible. Perhaps, if it hasn’t already, the news gets leaked to the CPS.

90 Day Fiance alum Paul Staehle took to his Instagram after the videos emerged and said some nice things about his mom and dad. It was in stark contrast to a post in November. Back then, Celeb Baby Laundry reported that he claimed his mom refused to help with the kids. His post at Thanksgiving said that his mom Edna believes that “Karine should drop out of school to be a full-time mother.” Next, he went on about how Karine’s parents are such loving grandparents in comparison.

@90daythemelanatedway on Instagram shared some stories that Paul Staehle posted up on Sunday night. The admin noted, “Paul thanks his parents for the extra support they have been giving “in light of everything going on”. Let’s keep this family lifted in our prayers! 🙏🏾.” Paul said in his post about his dad, that he’s making “an extensive effort with Pierre and Ethan.” Meanwhile, he mentioned that despite the busy season at work, his mom makes time for the kids as well.

90 Day Fiance fans naturally assumed that the bit about “in light of everything going on,” might mean the CPS got involved. One fan wrote, “They probably have to due to child protection involvement.” Then another fan noted, “You know it’s bad when his dad is mentioned. This is such a sad situation.” Additionally, other fans agreed that they already pray for Paul and Karine and the kids.

90 Day Fiance’ Spoilers – Is Paul Staehle Seeking Help For His Own Abuse?

When 90 Day Fiance fans saw that blogger John Yates talked about Paul Staehle getting professional help, they may have assumed he got it for himself. However, perhaps he called in the CPS as professionals to help him with advice on the kids.