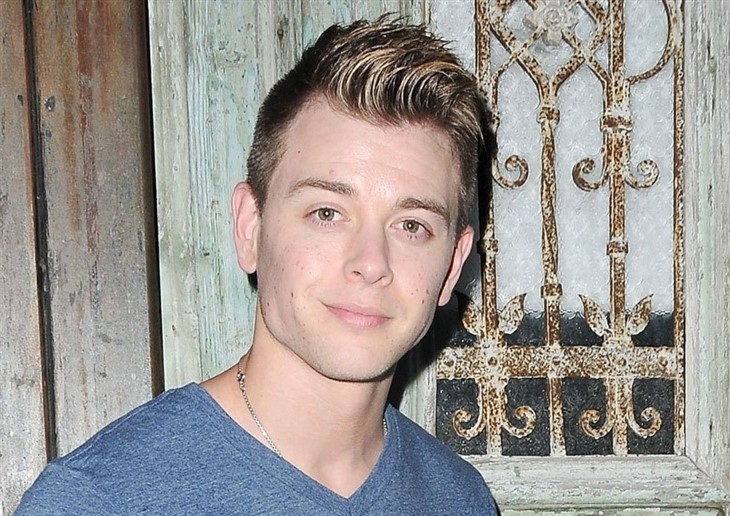 General Hospital’s Chad Duell, who plays Michael Corinthos, has been a hot conversation topic for weeks. Chad married longtime girlfriend, Courtney Hope in October, however, they have recently separated. What is next for this General Hospital hunk?

General Hospital’s Chad got married in a gothic-themed ceremony on October 23, 2021. However, “to death do us part” didn’t last very long. Courtney, who plays Sally Spectra on The Young And The Restless, and Duell have been in a relationship for five years. The romantic duo seemed to be a perfect match before their nuptials in October. In reality, the couple has filed for divorce almost immediately.

Their marriage didn’t last two months before everything fell apart. Their wedding was celebrated by not only his GH co-stars but hers from The Bold And The Beautiful and The Young And The Restless as well. Chad looked blissful in his bright red tuxedo and Courtney was beautiful in his red dress as well. Neither star has confirmed their split but they are not following each other on social media any longer either.

General Hospital’s Michael has not been lucky in love at all and it seems that Chad is following suit. Although Chad hasn’t lost anyone to a crane accident or a serial killer, nor has he had a psycho baby Chad’s next relationship was with Kristen Alderson who played Kiki Jerome for a while. Alderson and Duell were together three years before they split up as well. Although no one knows for sure, they seem to have parted on what looks like good terms. As for the split from Courtney, no papers have been filed as of yet so there is no word on whether they are filing for divorce or opting for an annulment as well.

General Hospital’s Duell has not confirmed or denied his split from Hope but sources say that he is living in their home while she is elsewhere. Duell also seems to have cut his hair which will soon show up on the screen as well. Chad even looks younger with the trim. Michael, it seems, is about to lose some of the hair that makes him look so frazzled at times. Chad’s new look should appear in early January 2022 at the latest.

Fans have commented for some time on Chad’s shaggy appearance. Perhaps a new look is what Chad needs after his life has once again been turned upside down. However, one must wonder why the sudden change. Perhaps his soon-to-be ex-wife liked the long hair better than Chad. At least Michael will look better in those suits at work.