The Bold And The Beautiful Spoilers: Quinn Is Unlikely Ally – Sheila’s Enemies Band Together? 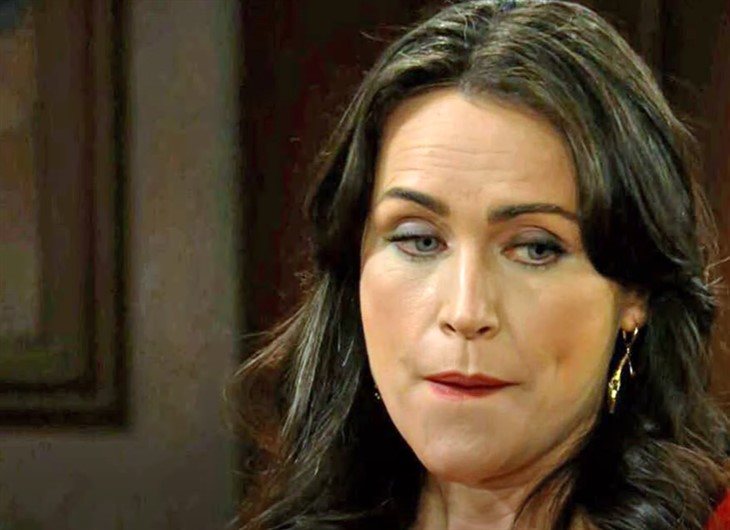 As devoted viewers know, Sheila committed numerous terrible acts against Brooke and Taylor in the distant past. Sheila squared off against Quinn in the Forrester mansion in more recent soapy times. The result was that B&B’s all-time greatest villain was forced out.

The Bold And The Beautiful Spoilers – Quinn Fuller’s New Storyline

Quinn got herself off-track within the last year-plus. First, she chose to become involved in Shauna Fulton’s (Denise Richards) love life. That effort failed when Shauna married Ridge Forrester (Thorsten Kaye) in a ceremony that proved to be illegitimate.

The breaking Bridge storyline caused Eric Forrester (John McCook) to become disillusioned. He alienated Quinn, who thought it was okay to chat up Carter Walton (Lawrence Saint-Victor). That started the Quarter mini-arc.

Hopefully, the teased Christmas truce with Brooke is coupled with a new storyline for Sofer, who is a great actor.

B&B Spoilers – Brooke Logan Forrester And Her Other Enemy

Taylor’s return to LA surprised Brooke. She did not hold back in voicing her opinion when it was implied Allen’s character may be staying for a while.

Brooke and Taylor battled for Ridge across many years. Lang’s character won in the end, as Bridge’s existence affirms. However, Brooke and Ridge are in the middle of yet another falling out.

Deacon Sharpe (Sean Kanan) is a threat to Ridge. But Sheila is the far greater danger, which Brooke and hardcore fans recognize.

The Bold And The Beautiful Spoilers – Potential Super Team Trio

The thought of Brooke, Taylor, and Quinn combining forces to share information about Sheila would be a good start. This presumed meeting of the minds might result though eventual necessity once Sheila has enough time to exact whatever her diabolical scheme or tantrum revenge plot.

The realization of these three leading ladies deciding to come together to stop Sheila once and for all, or as close to that goal as is possible in this daytime world, is tantalizing. A super team, comprised of three women who Sheila despises for different reasons, would be fierce. The Young and the Restless’ Lauren Fenmore Baldwin (Tracey Bregman) is the only person on this earth who Sheila detests more than the three referenced ladies.

The late Stephanie Forrester (Susan Flannery) also deserves mention as one of Sheila’s mortal enemies. Of course, she is not on earth but in heaven. However, Sheila would say that Flannery’s character is in an intensely hot climate.