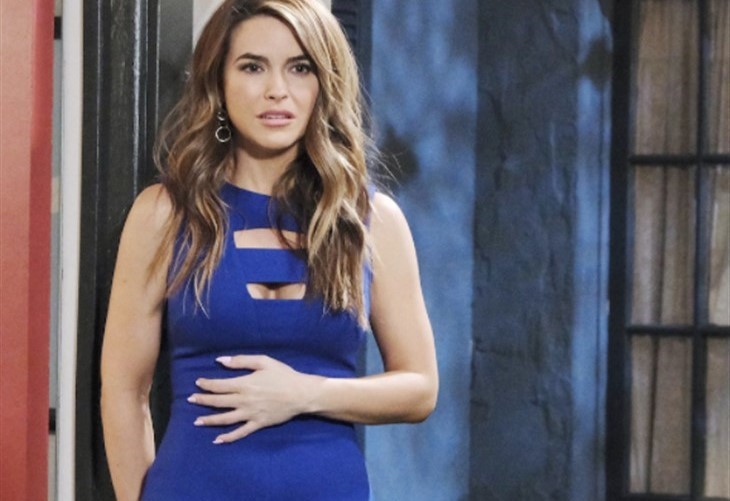 Days of our Lives (DOOL) spoilers reveal that alum and Selling Sunset star Chrishell Stause (Jordan Ridgeway) is a single lady heading into the holiday season. She and Jason Oppenheim are over and out, roughly five months after they confirmed their relationship.

This summer Chrishell and Oppenheim, co-founder of the Oppenheim Group which features on Selling Sunset, confirmed their romance after pics of them on vacation in Italy emerged. According to People, the relationship ended recently.

Days Of Our Lives Spoilers – Chrishell Stause Is Single Again

For many fans, the relationship was a shock as they did not see it coming. The Netflix stars gave no indication on the show that they were an item, and in effect he was Chrishell’s boss.

At the time Jason said, “Chrishell and I became close friends and it has developed into an amazing relationship. I care about her deeply and we’re very happy together.”

Later it was discovered that the pair dated for at least two months before they confirmed the romance.

Less than a week ago Chrishell spoke about relationships and gave no mention of Jason. At the time she addressed the issue of height differences, with Jason being shorter than her. She said that great relationships are based on “chemistry” not height.

Chrishell is said to be 5′ 6″ while Jason is reportedly 5′ 3″. At the time she said that focusing on height differences is silly.

This month Jason told UsWeekly, “I think when [a relationship is] public, it puts a lot of just added pressures and publicity and opinion.” Was he dropping a hint about his own relationship? Perhaps his romance with Chrishell was dying down or already on ice?

Days of our Lives spoilers – What Will Chrishell Stause Say Next?

Ironically, Jason spilled that the decision to go public with the relationship between him and Chrishell was the latter’s choice. “I followed her lead on things, and I respected her decision making on that.”

He added, “It’s nice to kind of start a relationship in the way that normal relationships kind of grow and progress. And that’s just between two people.”

Chrishell spilled about her divorce from This Is Us star and The Young and the Restless alum Justin Hartley (Adam Newman) on Selling Sunset. Will she talk about this spilt as well? Stayed tuned to find out Selling Sunset fans!