The Young And The Restless Spoilers: Victor’s Admission Is Surprising – Sally Not Warded Off Goal 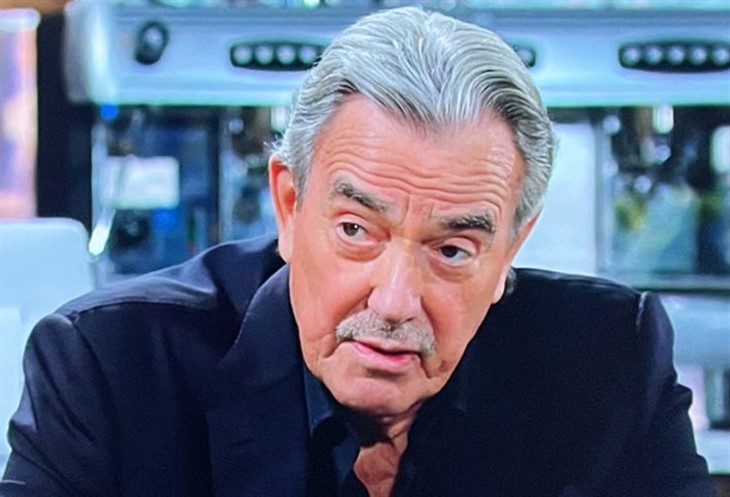 The Young and the Restless spoilers document that Victor Newman’s (Eric Braeden) backhanded compliment about Billy Abbott (Jason Thompson) was quite revealing. He warned Sally Spectra (Courtney Hope) about the man that has often been referred to condescendingly as Billy-boy.

While Victor said that Billy was reckless and foolish, he also s aid that they needed to be cautious in his regard. That drove home several points in the long-standing Billy (as then played by Billy Miller) and Adam (as then played by Michael Muhney) battle that dates back many years on Y&R.

The Young And The Restless Spoilers – Was It That Long Ago?

October marked the eighth anniversary of the tragic death of Delia Abbott (Sophie Pollono). Life has moved on since then but not for Billy in one specific way. He still wants Adam punished for what happened. That is a psychological play off Billy’s unintentional part in that infinitely sad climax.

Delia’s parents, Billy and Chloe Mitchell (Elizabeth Hendrickson) have had more children with other people. While they are loved, Delia is naturally irreplaceable.

Adam’s escape from lasting punishment broke Billy and Chloe. The damage both people suffered is unknowable.

Hendrickson’s character healed to the point that she is working for Adam at Newman Media. Meanwhile, Billy is in the middle of a grandiose scheme where he is playing a cartoon version of himself.

Deep kudos to Thompson, who is offering terrific performances. In one of them, viewers saw him and Christel Khalil (Lily Winters) as though they were running scenes.

Billy and Lily were at Society discussing their combination ruse when Adam sauntered in. Thompson and Khalil turned on a dime, shifting their characters’ focus to a scene within a scene. The burst of intensity from both fine actors likely evoked head-nods from appreciative audience members.

The Young And The Restless Spoilers – Victor Newman Knows Best

Adam is buying Billy’s act because of Sally. She does not know it, but Billy knows she has been following him in a wigged ensemble. Sally is subsequently forwarding digital recordings to Adam that have served to unnerve him.

In Billy’s arguable greatest accomplishment to date, Adam is concerned for his nemesis. That goes along with Adam’s attempt to redeem himself. So, his improved conscience is ironically leading him astray.

The eventual reveal could see Billy achieve some form of legal leverage over Newman Media. Adam may be punished for demonstrating compassion, and Sally would be unmasked as a fool.

Of course, as always, Y&R’s decades-long icon and leading man, Victor, would be reaffirmed as having the sharpest instinct in this soapy city.