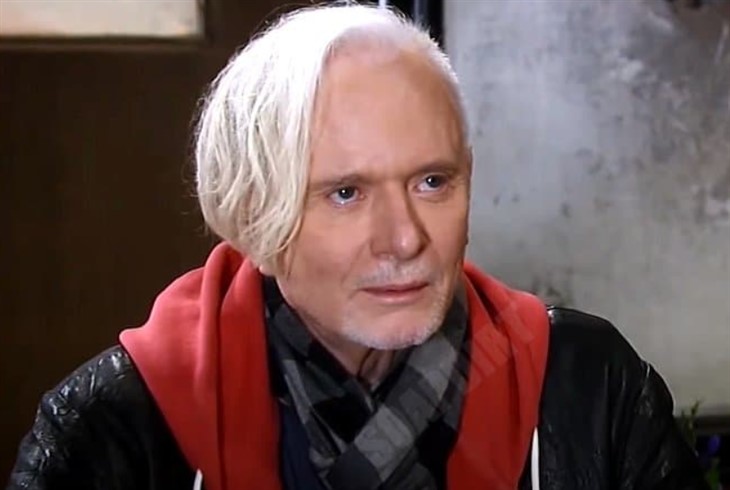 General Hospital (GH) spoilers and rumors tease that there will be devastation as news reaches Port Charles that Luke Spencer (Anthony Geary) has died! Longtime General Hospital viewers will recall that Luke was the stuff of legend!

General Hospital viewers will recall that several years ago Tracy Quartermaine (Jane Elliot) and Luke had a romance, and eventually got married and moved to Europe. Jane has been back on a recurring basis every so often, but Anthony has only made a cameo – understandable, since he’s living in Amsterdam. Recently, a social media post by Nicholas Chavez, who plays Spencer Cassadine, accidentally had a shot of a monitor in the background in which there appeared to be an older woman on a boat.

Around the same time, Jane Elliot appeared to be filming and the internet went abuzz about what she was doing in the shot, especially since Nicholas deleted the post soon afterwards. General Hospital viewers know that means there was a leak that the powers that be didn’t want to get out. Some fans speculated it had something to do with Lulu Spencer (Emme Rylan) who has been off the canvas and in an indeterminate coma may die, and the older woman is Tracy, standing on the Haunted Star, which Luke gave to Lulu possibly representing him at Lulu’s funeral.

Some General Hospital viewers blew up the image that appears to be Jane Elliot as Tracy Quartermaine and spotted what appears to be an urn in her hand. If that indeed is what it is, it doesn’t make a lot of sense for Tracy to be scattering Lulu’s ashes, that should be her mother Laura Collins (Genie Francis) if anyone. If Laura was too devastated then Nikolas Cassadine (Marcus Coloma) would probably be the one to do so, if Lucky Spencer (Jonathan Jackson) was unable to come to Port Charles.

Nothing indicates a Lucky sighting so far, and the last time he was spotted on General Hospital was when he brought Jake Webber (Hudson West) back from Cassadine Island, after he was found alive there. It’s doubtful if he didn’t show up or even scored a script mention when Lulu went into the coma, that he’d show up for her funeral, if at all! If this scene in the background of Nicholas’ deleted post indeed was of Jane filming Tracy on the Haunted Star with a cremation urn, considering his age, it’s more likely that Luke has passed!

General Hospital Spoilers And Rumors – Devastating News, Kevin Tries To Get Laura To Open Up

Considering Tracy married Luke, if this scene is indeed her scattering ashes in a future episode of General Hospital, it makes sense for news of Luke’s death to be devastating news. Longtime General Hospital viewers will remember that Luke was a legendary soap opera icon, with his and Laura’s wedding having been viewed by millions! The wedding of Luke and Laura, in 1981 broke a record in its day for viewings.

Other spoilers for the same week show Kevin Collins (Jon Lindstrom) will try to get Laura to open up about something, and that could be about the news of Luke’s death. Bear in mind, General Hospital is taped around six weeks ahead of airdate, and this deleted post was only put up around the middle of December, when Nancy Lee Grahn also hinted that a good friend of hers was filming.

That means if the spoilers about devastating news and Kevin getting Laura to open up, which take place the first week of January are about Luke’s death, his funeral and Jane’s scenes will probably not air until around the last week of January. Laura likely would be devastated by the death of Luke, as would the entire city of Port Charles!