The Bold And The Beautiful Spoilers: Paris Needs To Make The Right Choice For Love 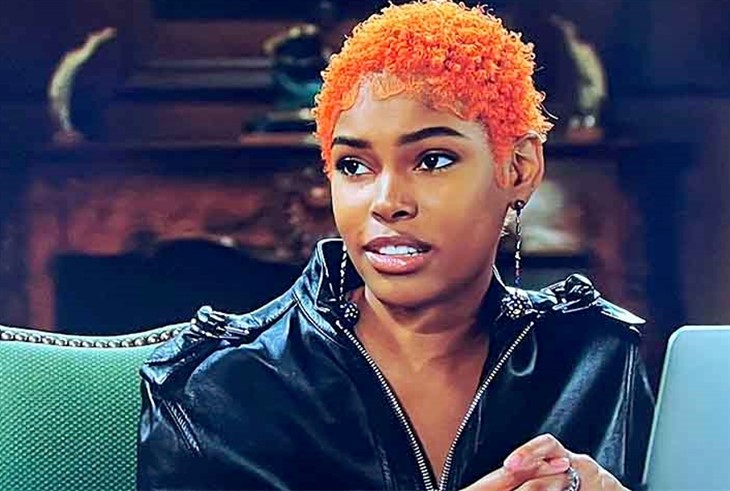 The Bold and the Beautiful (B&B) spoilers and updates tease Paris Buckingham (Diamond White) thought that she was settled in her romantic life. Paris has been in a relationship with Zende Forrester Dominguez (Delon de Metz). Paris wants to have a future with Zende. Paris decided that she would stay true to Zende in the past. Paris made the decision that she would not try to pursue a relationship with Dr. John Finnegan (Tanner Novlan). Paris had been living with Finn and his wife Steffy Forrester (Jacqueline MacInnes Wood) but decided to move out to distance herself from Finn. Paris is determined to have a future with Zende.

Paris has found happiness with Zende. Paris gave Zende a memorable gift when she sang at the Dodgers Game. Zende designed a dress for Paris and arranged a special date for her with a French theme. Zende wants to make a commitment to Paris. Zende has asked Quinn Forrester (Rena Sofer) for a favor. Zende wants to propose to Paris and wants to have a unique engagement ring. Paris will be thrilled to get a proposal for marriage from Zende.

Paris had been living with Thomas Forrester (Matthew Atkinson) after she moved out of Finn and Steffy’s home. Thomas admitted to Paris that he wanted to have a relationship with her. Paris told Thomas that she was committed to Zende. Thomas understood that Paris wanted to stay friends. Paris is happy with Zende but could find that something could come between them in the future. Thomas would want to help Paris to deal with losing Zende. Paris would find that Thomas could become more than a friend to her.

Paris has found a friendship with Carter Walton (Lawrence Saint-Victor). Paris had hoped that Carter would be able to find happiness with her sister Zoe Buckingham (Kiara Barnes). Carter has been having trouble with his romantic life after he lost Zoe. Carter has wanted to find love again. Carter would not want to come between Paris and Zende. Carter would want to help Paris if she has a problem with her relationship with and Zende. Paris may find that Carter could be a good match for her if she turns to him for comfort over losing Zende.

The Bold and the Beautiful Paris needs to decide on the right man for her. Paris wants to have a bright future with Zende. Will Paris and Zende find a way to be happy together? Paris could end up not getting to have the future that she dreams of with Zende. Paris could need to have someone to help her with her loss. Would Paris turn to Thomas or Carter if she loses Zende? Be sure to catch up on everything happening with B&B right now. Come back here often for Bold and the Beautiful spoilers, news, and updates.