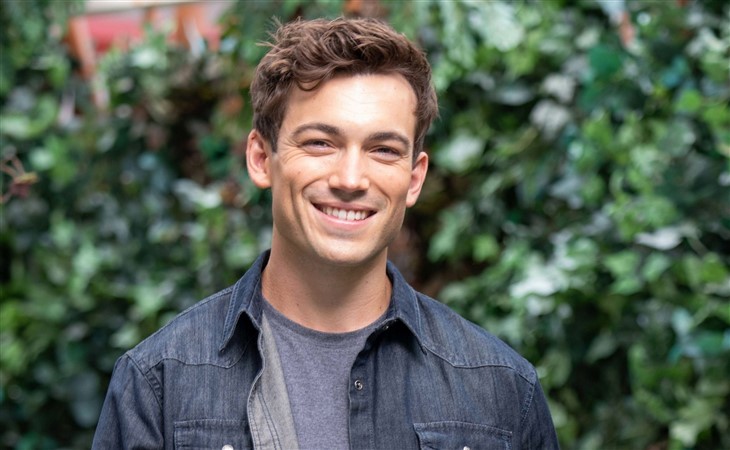 Longtime viewers of The Young and The Restless know that Noah is the son of Sharon and Nick Newman (Joshua Morrow) and their oldest child. Rory Gibson, who has recently taken over the role of Noah says that while both Sharon and Joshua exude positive energy around the set and are alike that way, it’s Sharon who’s given him the most help. Rory says she’s really gone the second mile to help him acclimate to The Young and The Restless.

Rory notes he was very nervous taking over the role, having never met Sharon, who would of course be his onscreen mother, until his first day filming with her on the set of The Young and The Restless, and he had to make it work, since Noah hadn’t been home for a while. The characters were supposed to have really missed each other. Rory states he was actually outside eating lunch when Sharon came looking for him, and the two of them sat together for about an hour talking and getting to know each other. Rory says her reaching out really made the difference when they filmed their first scenes together.

Viewers of The Young and The Restless know that Noah’s current storyline is a little bit mysterious – through several cryptic conversations with various friends and family members, it does seem that a former flame in London, where he’d lived for the past several years, has broken his heart! Noah is a very talented graphic artist, who designed the complex presentation at the Top of The Towers presentation that celebrated his grandfather Victor Newman’s (Eric Braeden) fifty years in business a couple of years ago.

From what little has been divulged by Noah, which he obviously doesn’t want to open up about completely, it sounds like this girlfriend in London and he had become very serious about each other, and she dumped him suddenly – perhaps for someone else! While Noah doesn’t seem to be a big macho ego man, who would suffer from a wounded male ego, as an artist he is probably sensitive and he just doesn’t want to talk about his broken heart! He’s currently working on his ex-girlfriend Tessa Porter’s (Cait Fairbanks) album covers, and has some irons in the fire with Newman Media as well.

The Young And The Restless Spoilers – What’s Ahead For Noah Newman?

Viewers of The Young and The Restless might wonder what’s ahead for Noah in the upcoming year for Noah. It looks like his parents, Sharon and Nick will help him as Noah finds forgetting his past is not as easy as he thought he had planned. But viewers of The Young and The Restless know that while people may leave and move away from the physical aspects of a painful situation, they cannot run away from the memories in their hearts and minds. Whatever happened to Noah, it looks like he has a long road to healing ahead of him and his parents will do everything they can to help!