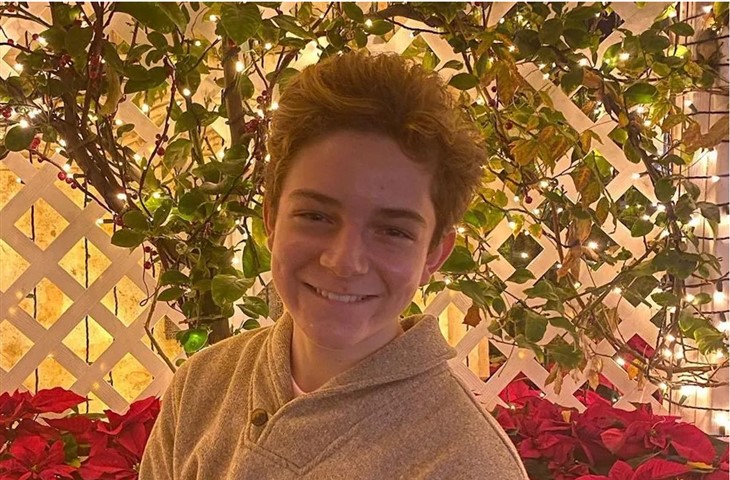 General Hospital spoilers and updates tease that Zakary Risinger has opened up about landing the job as the recast Danny Morgan on the daytime drama. It was an amazing experience for the young actor although he admitted that he was nervous.

Risinger isn’t new to acting. He’s been in front of the camera since he was two weeks old. He played newborn babies who just got out of the womb. In the following years, he also appeared in various shows such as NCIS, Arrested Development, and Grey’s Anatomy.

He landed the job at General Hospital in the fall of 2021. The young actor admitted that he was a bit nervous during his first day on the set because he was with his brother and they were both unsure what to expect.

Risinger was usually accompanied by his mom or dad when he needed to go on set. During his first day at General hospital, his mom was with his brother who was doing another show at a different location. As for his father, he was also working on a different show in Canada.

Fortunately, the cast and crew of the soap made Risinger and his brother feel welcome.

“Everyone helped us, especially the amazing studio teacher, and it was an amazing day. I feel like the GH family is an actual family that looks out for each other,” he said.

The young actor shared that he liked working with everyone from the show, especially Kelly Monaco, who plays Sam McCall. Risinger described the actress as super funny. He likes her sense of humor in between takes.

Risinger also said that he’d like to work with none other than Maurice Benard, who plays Sonny Corinthos, in the future.

“I think he is an incredible actor, and Sonny is such a strong, iconic character. I would love to have the opportunity to learn from him,” he said.

Everyone in the courtroom was left in shock when Willow revealed that Sonny and Nina were in love. Because of this, Sonny has no choice but to address queries about his romantic relationship with Nina.

Will this help Nina’s case? How will Carly Corinthos (Laura Wright) react after knowing Nina and Sonny’s love affair when they were in Nixon Falls?