Lamon Archey Now Recurs On Days Of Our Lives 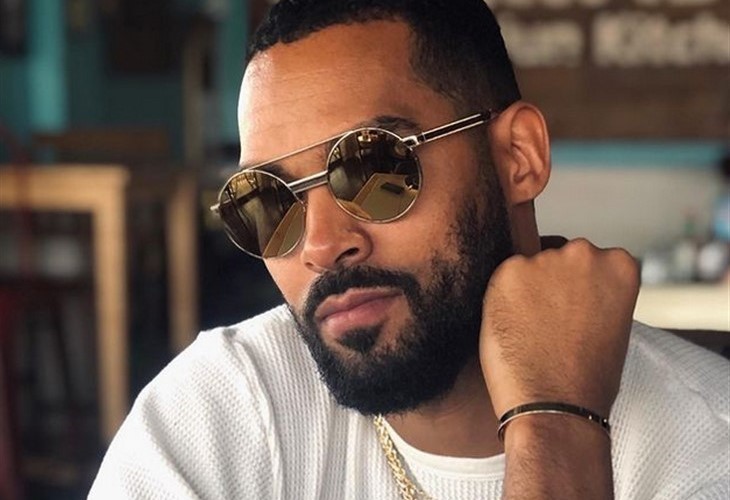 Days of Our Lives spoilers and updates tease that Lamon Archey has now been listed as a recurring cast member on the daytime drama. Jason 47 shared the cast update on a Facebook post.

The actor joined the show in 2017 and plays the role of Eli Grant. He also plays a recurring role on All American as D’ Angelo Carter. Aside from Archey, Marci Miller and Matthew Ashford were also listed under the contract section of the soap’s credits.

Eric Brady (Greg Vaughan) will surprise Nicole Walker (Arianne Zucker) when he stops by her apartment. He’ll give her some updates about Marlena Evans’ (Deidre Hall) condition. Nicole will be happy to learn that Marlena is back to her old self now that the devil has been cast out.

Days Of Our Lives (DOOL) Spoilers: Greg Vaughan Dishes On Return To Days

Eric will also tell Nicole that he’s been reinstated as a priest. She’ll be pleased with the news and Eric will credit her for helping him find his old calling. The pair will share some bittersweet moments as they try to move on with their lives.

EJ DiMera (Dan Feuerriegel) asks Sami Brady DiMera (Alison Sweeney) to let him explain. He’ll try to convince her that he didn’t have her kidnapped. He’ll tell her that he can never keep her locked up for several months.

EJ may try to pin the blame on Lucas Horton (Bryan Dattilo) as the person who tried to set him up. But he may end up regretting making that decision as Sami may end up defending Lucas.

What Sami doesn’t know is that Lucas was, indeed, responsible for her snatching and he’ll continue to keep his secret from her. He’ll do all he can to get closer to Sami but he’ll have to face what he did sooner or later.

As for Gwen Rizczech (Emily O’Brien), she’ll do everything to throw Xander Cook Kiriakis (Paul Telfer) off the Sarah Horton (Linsey Godfrey) trail. Gwen doesn’t want Xander to find out about Kristen DiMera’s (Stacy Haiduk) scheme. She’ll come up with a plan to distract Xander in bed but the truth is bound to come out soon.

As for Xander, he’ll be happy that Maggie Kiriakis (Suzanne Rogers) came through with the favor he asked for. Maggie doesn’t like Gwen because of what she did to Abigail DiMera (Marci Miller). However, she’ll try to talk to Jack Deveraux (Matthew Ashford) so Gwen could have another chance.