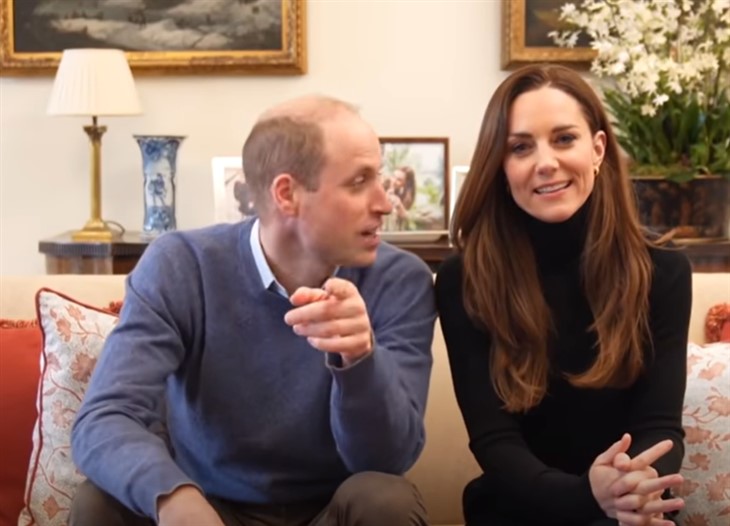 The 2021 most-liked tweets for Kate Middleton and Prince William have been revealed.

According to People, the most liked tweet in 2021 for Kate Middleton and Prince William was a powerful message from the future King of England and if you keep reading, we’ll share it with you along with some from the Queen and Prince Charles.

In July, The Duke of Cambridge shared a message on the Royal couple’s Twitter feed condemning what he called “racist abuse.” The abusive online messages were directed at Team England players Bukayo Saka, Marcus Rashford, and Jadon Sancho after they missed penalty kicks that ultimately handed the Euro 2020 final win to Italy.

The prince, who is also the President of the Football Association, wrote, “I am sickened by the racist abuse aimed at England players after last night’s match.

It is totally unacceptable that players have to endure this abhorrent behaviour.

It must stop now and all those involved should be held accountable.”

The British royal signed the harsh words with simply a “W” which, according to People, indicates that the message was of a personal nature and not from his office at Kensington Place. This particular tweet accumulated more than 108,000 likes along with 11,800 retweets and 2,798 quote tweets making it the most-liked tweet of the year for the royal couple’s Twitter account.

A pic of the royal couple and their eight-year-old son, Prince George cheering Team England at their June 29 match against Germany in the Euro 2020 reached the top 4 with over 84,000 likes and 4,832 retweets. Over the joyous image, the Duke and Duchess wrote, “Incredible performance @England!”

Also in the top four was the new portrait of Prince George, taken by mum, to celebrate his eighth birthday in July, with over 99,000 likes, and a family video released to celebrate William and Kate’s 10th anniversary in April received over 95,000 likes. Above the sweet video, the couple writes, “Thank you to everyone for the kind messages on our wedding anniversary. We are enormously grateful for the 10 years of support we have received in our lives as a family.”

The most-liked tweet on the Royal Family Twitter feed centered on the Death of Prince Phillip in April at the age of 99. That tweet garnered more than 580,000 likes. That April 9 tweet was captioned sadly with the words, ” It is with deep sorrow that Her Majesty The Queen has announced the death of her beloved husband, His Royal Highness The Prince Philip, Duke of Edinburgh. His Royal Highness passed away peacefully this morning at Windsor Castle.” Below the caption was a timeless portrait of Prince Phillip in full military regalia.

Be sure to catch up on everything going on with the Royal Family and return here regularly for more Royal Family spoilers, news, and updates.