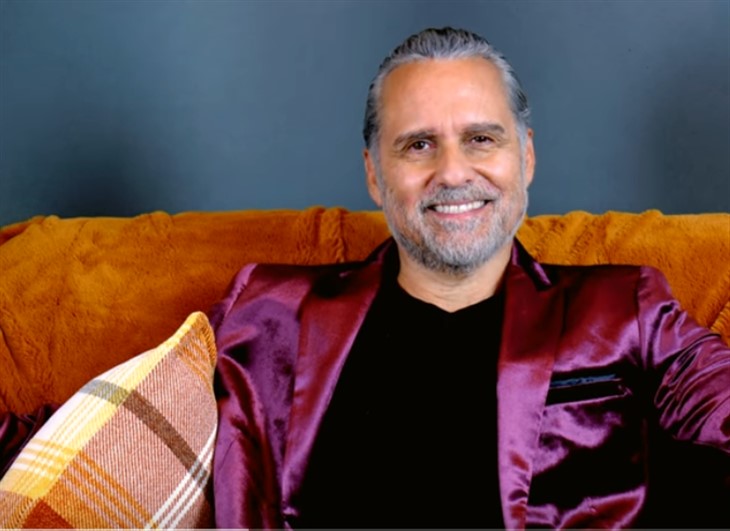 General Hospital (GH) spoilers tease that Maurice Benard’s (Sonny Corinthos) goat Buddy is almost as famous as he is. Loveable but irascible Buddy the Goat features regularly on Benard’s social media and when he does he steals the show (shh, don’t tell Maurice!).

Fans can’t get enough of the sometimes onery, sometimes somnambulant critter and this time around Maurice has posted a clip of the two of them laying on the warm ground, enjoying the California sun. Buddy makes a good pillow and he doesn’t seem to mind Maurice resting his head on him. They’re, “just chillin,” and Maurice shares that unlike amiable Buddy, “one goat wants me to put my foot on his head all the time.”

He’s wearing a shirt that say, “Ask Me About My Goat,” and ends the relaxing clip with, “See ya later alligator.”

He captioned the clip, “So here’s the deal I wasn’t going to put this up “Buddy the Goat” Is extremely jealous of the grand children. So he wants to wish everyone HAPPY HOLIDAYS 🐐🐐🐐. #love #joy #chillen #goats.

GH spoilers: Maurice’s Fans Get a Kick Out of Buddy

The fans adored the video and one wrote, “Love this and Happy new year to you and your beautiful family,” another one wrote, “love the shirt Maurice ;).”

One wrote, “Buddy is adorable, but your grandkids are more adorable and they don’t mind the camera. 😂💙.” 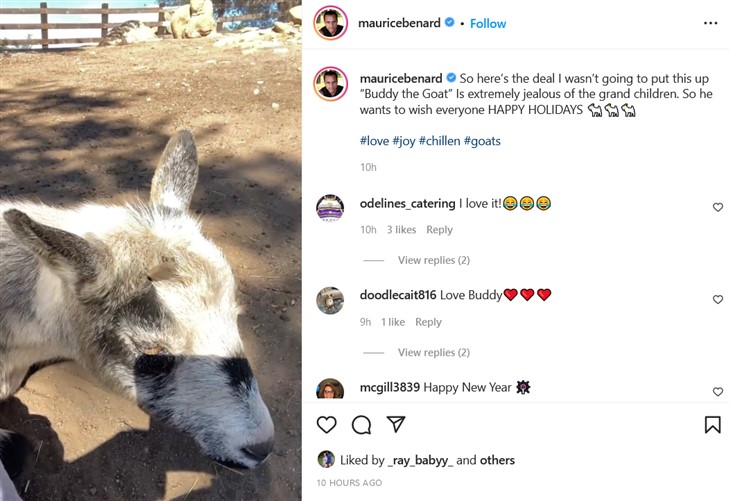 If only Maurice’s character Sonny Corinthos was as content as he and Buddy are. This week Sonny’s life and lies came crashing down around him and it looks like the hot mess isn’t going to evaporate for quite a while. Sonny was outed as having fallen in love with Nina Reeves (Cynthia Watros) while he had amnesia and called himself Mike. Nina knew exactly who he was but at first kept him away from his family out of spite.

Alas, the two grew fond of each other and fell for one another. Until a fire broke out, Mike was knocked unconscious and his memories came flooding back. It was very soapy and cinematic. What is sure to unfold now that his wife Carly Corinthos (Laura Wright) has seen the light is a whole heck of a lot more of what soaps do best: high drama, catfights, angry confrontations, lame excuses for bad behavior and head spinning vengeance—let the games begin!