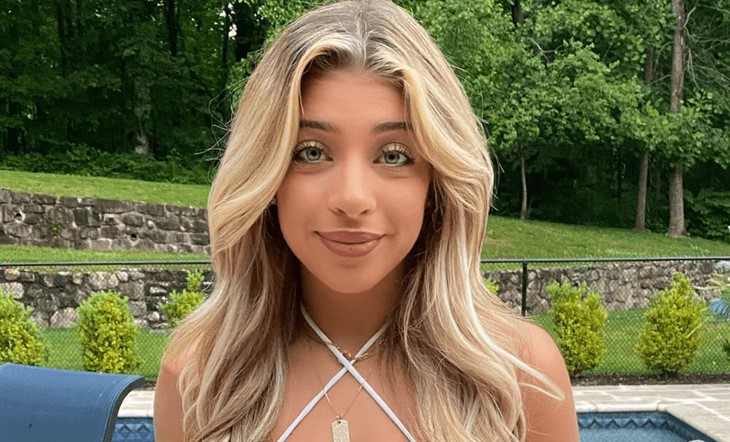 Real Housewives Of New Jersey [RHONJ) spoilers revealed that Gia Giudice comes along in Season 12. The show is set to premiere on Tuesday, February 1, 2022, on Bravo. Teresa Giudice appears in it with her new man, Luis Ruelas. Whilst the trailer showed quite a lot about her mom, Gia expanded on it and told her fans they can expect much more of her as well.

The trailer that arrived on December 20, revealed that Teresa won’t disappoint in Season 12. At least, that is if you don’t mind seeing her behave badly. In an epic scene full of drama, fans saw that Teresa lost it with Margaret Josephs at a restaurant. This time, Teresa didn’t flip the table, but she did throw a glass at her co-star and scattered dished all over the place. It came after Margaret called her a “sick, disgusting liar.”

The trailer for Real Housewives Of New Jersey Season 12 showed other cast members as well. For instance, Dolores Catania got in the face of Jackie Goldschneider.  It also featured Jennifer Ayden looking unhappy as she discussed her husband, Dr. Bill Aydin. It looks like their relationship’s on a slippery slope. Well, Gia Giudice told her fans they will also see her, much more, in fact.

Speaking about Bravo fans seeing more of Gia Giudice, TV Shows Ace noted that it’s not usual to see the various daughters in the franchise. The outlet mentioned “Yolanda Hadid with her daughters, Bella and Gigi Hadid.” Plus, they reminded fans that sometimes, Beverly Hills features Lisa Rinna’s offspring, “Delilah and Amelia Hamlin.”

When she shared the trailer for Real Housewives Of New Jersey, Gia Giudice said, “you’ll be seeing a lot more of me this season😌 as well as, watching me build my clothing line‼️ love you all xoxo…”  The nice thing about seeing more of Gia seems to be the fact that team Joe and Team Teresa fans like her. Recall, her dad lives in Italy now as he ended up deported. To this day, he retains a lot of followers.

Real Housewives Of New Jersey fans seem there for more of Gia Giudice. One of them commented, “Wahoo yes I’m soo glad we get to see you more this season cause your (sic) my favorite I love when they show you…your (sic) so d–n beautiful 🤩.”

Another enthusiastic fan noted, “think I might watch it this year.” This comment also arrived, “You stole the show, Gia! 🧡💚😈”