B&B Spoilers: Thomas Meets Girl, And Is Smitten, One Of Sheila’s Daughters? 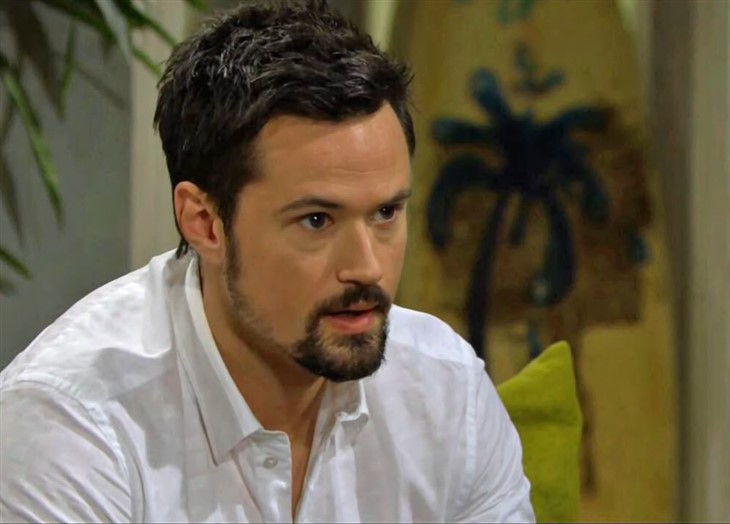 Viewers of The Bold and The Beautiful will note that Thomas really needs a girlfriend, preferably one who would be good for his son. Viewers of The Bold and The Beautiful will recall that Thomas’ mother Taylor Hayes (Krista Allen) has been talking about Thomas having his son full time. Taylor believes that Thomas has improved enough from his former problems to be a good father to Douglas Forrester (Henry Joseph Samiri). The only woman Thomas had shown an interest in is involved with someone else and not ready for marriage to anyone! Living with Thomas in a romantic setting just wouldn’t be the right timing for his roommate Paris Buckingham (Diamond White)!

The Bold And The Beautiful Spoilers: Sheila Sabotages Herself – Brooke Bash A Short-Term Splash

The Bold and The Beautiful spoilers tease that someone’s unexpected relative will show up-and she may be a cute girl that catches Thomas’ eye! Longtime viewers of The Bold and The Beautiful and The Young and The Restless remember Sheila has more children. Viewers have wondered why she’s never told John “Finn” Finnegan (Tanner Novlan) that he has several half-sisters and a half-brother. The Forresters would be aware of two of Sheila’s daughters – Mary Warwick (Courtnee Draper) and Diana Carter (Mason and Weston Bodee). But they wouldn’t be aware of her younger children, her twins Ryder Callahan (Wilson Bethel) and Daisy Callahan (Yvonne Zima), who also goes by Daisy Carter.

Longtime viewers of The Bold and The Beautiful’s sister soap, The Young and The Restless will recall the apple doesn’t fall very far from the tree! Daisy wreaked a lot of havoc back in Genoa City, including rape and kidnapping-she and her brother came to town for revenge. Daisy and Ryder worked with their aunt, Sheila’s sister Sara Smythe (Tracey E. Bregman) to avenge the presumed death of their mother. Strangely enough, that history may be what bonds Thomas and Daisy – who likely will go by an alias. She may even be plotting with her mother who’ll want Daisy and Thomas married – to give Sheila another tie to her son Finn and grandson!

The Bold And The Beautiful Spoilers: Paris Pregnant, Zende Not The Baby Daddy?https://t.co/aKVK0MUjTU

Viewers of The Bold and The Beautiful can expect that Thomas and Daisy, under her alias, will find they have much in common. Both of them had grieved their mothers during their presumed deaths, and they have children close to the same age. Daisy doesn’t have custody of her daughter, with Lucy Romalotti (Abigail and Olivia Moore) being in custody of her ex-husband Daniel Romalotti (Michael Graziadei).

Daisy disappeared from Genoa City, and another very strange coincidence is that Daniel had been married to Amber Moore (Adrienne Frantz) who Thomas had dated! No one would be surprised that Sheila would bring her youngest daughter Daisy to Los Angeles to seduce Thomas into a marriage!