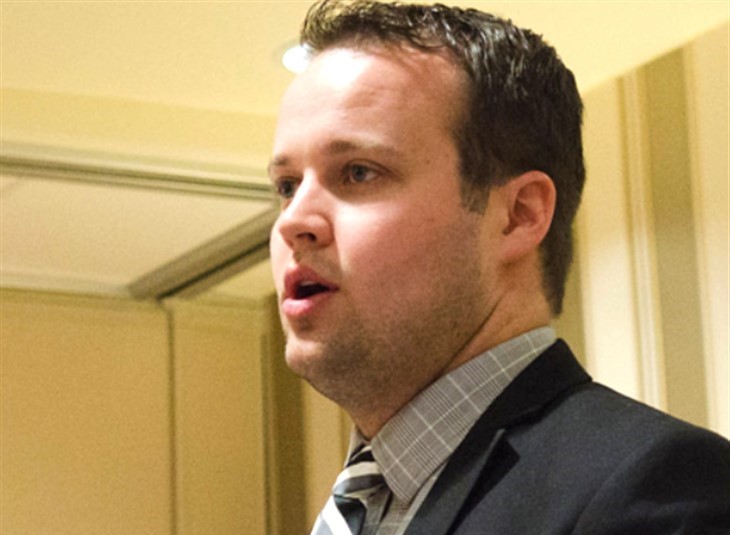 The Duggars spoilers reveal that there are records that have leaked of Josh Duggar’s visitors to his prison cell. His trial ended in the early weeks of December and he was found guilty on all charges of possession of child pornography. He is serving time in the Washington County Jail in Arkansas and is waiting for final sentencing. That is supposed to happen in the next few months.

Duggar has been held fully accountable for his crimes and it looks like he will serve years in prison and have to pay thousands in fines. This could really shake up his wife’s life, along with all seven children. Anna Duggar seems to be the only family member who has come to visit him though. According to the leaked records, she has gone to see him 19 times and on nine different days. So far none of his siblings or his parents have gone to visit him and it looks as if the family is not showing him any love.

We are curious why the rest of the family has not been to see Josh yet. Are they all accepting the fact that Josh did commit the charges against him and they are pushing themselves away? There are hints that his siblings more than likely do not want to visit him and that they are all going their own ways now.

The Duggars Spoilers – Canceling The Show And Losing Money

With the charges on Josh, it looks like the Duggars are no longer making money from TLC. There are some siblings that still have contracts with the network, but will they continue to work with them? It seems that the network may not want anything to do with the family again. What will happen to their livelihood?

We are not sure if anyone else will go to visit Josh in jail, but from what it looks like, he will be spending all of his time in jail alone. Perhaps the visits from Anna will end because, after all, they cannot have conjugal ones.

Be sure to catch up on everything happening with The Duggars right now. Come back here often for The Duggars spoilers, news, and updates.