The Young And The Restless Spoilers: Chelsea And Adam’s Tie Persists – Sally Is Too Much Trouble 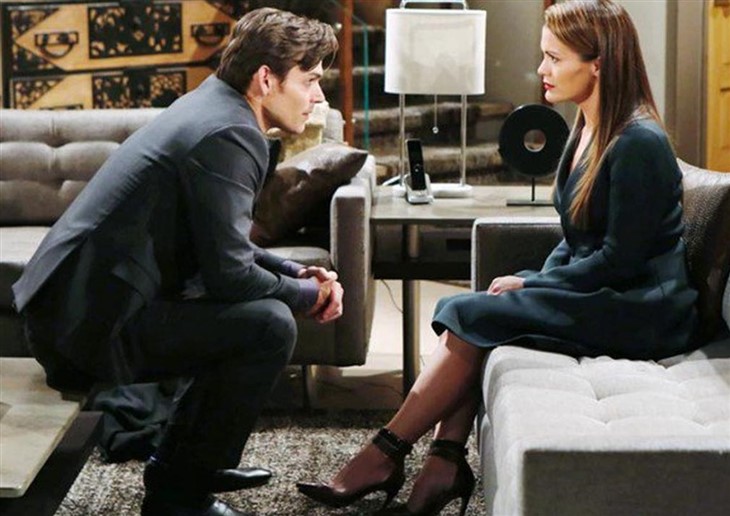 The Young and the Restless (Y&R) spoilers document that Chelsea Lawson (Melissa Claire Egan) clearly has existing feelings for Adam Newman (Mark Grossman). Whether she can explore those with her two-time ex-husband is yet to be determined.

Adam’s ideas about Chelsea are far more pronounced in-person than they were through the series of video chats that were shown while Egan was on maternity leave. He has mainly been concerned with Chelsea’s well-being and how that impacts their son, Connor Newman (Judah Mackey).

The Young And The Restless Spoilers – Looking Back With Gratitude

Sure, Adam and Chelsea could romantically reconnect at any point in the plot. They have loved each other for years. But both characters were also involved in what became a dysfunctional relationship that again reached a head earlier this year.

Chelsea caught Adam while he was mentally disheveled. He was eventually glad that she stopped him from following through on his plans to physically topple Newman Towers. Adam hoped to demolish the building where he drew his loved ones.

Generally, anyone would be right to ask the subject header question while ending with Adam’s name, not Chelsea’s. However, she was pushed well past limits that many GC residents could handle.

Adam used Chelsea’s stroke, which his actions arguably caused when he had her abducted, as a means of manipulation. Sharon Rosales (Sharon Case) aided Adam’s cause by prodding Chelsea when she was paralyzed and unable to speak.

Chelsea has recovered and was cleared by the authorities for poisoning Rey Rosales (Jordi Vilasuso). Her victim has also forgiven her, as he blames Adam for provoking Chelsea and knows that his wife, Sharon, needlessly involved herself in that situation.

So, Adam is attempting to determine if Chelsea is back to her old, stable self.

Chelsea only has memories of the recent past at this point in the plot because she just returned to town. Now, after deciding to remain in GC and accept the key fashion platform slot that Adam and Chloe Mitchell (Elizabeth Hendrickson) have been keeping warm, she will also need to explore personal growth.

The Young and the Restless Spoilers: Trouble Is Brewing For Ashland – Thanks To Victor #YR #youngandrestless

Adam has the Sally Spectra (Courtney Hope) option but has resisted her. He sees that they could be a combustible combination rather than a complementary couple.

Chadam once more? Maybe. Ally instead? That is a risky new year’s bet Y&R.