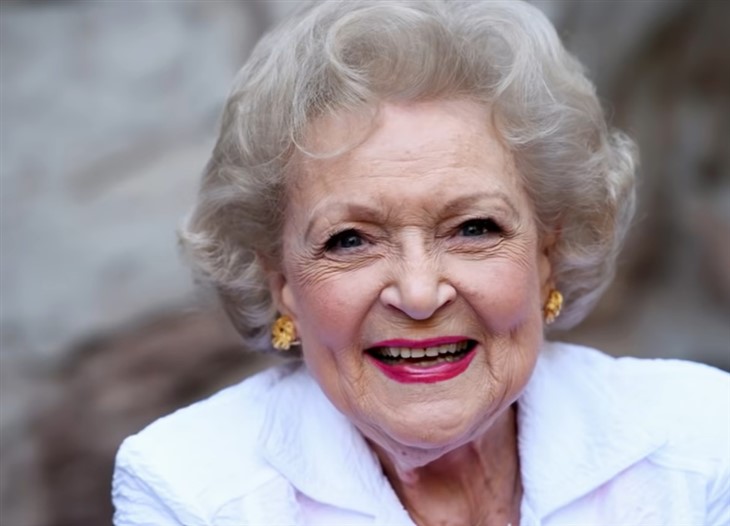 Betty White kept audiences entertained for eight decades, but she passed away on December 31. Aged 99, she passed away at home ahead of her 100th birthday with was due to be celebrated on January 17. What was her last social media post on Twitter? Did she hint at knowing the end was nigh?

Well known for The Mary Tyler Moore Show, The Golden Girls, Hot in Cleveland, and much more, she broke into the entertainment scene in the 1930s. A vivid and outgoing personality, she captivated fans, especially in her later years. On her 92nd birthday, Sharper Image put up a billboard in New York City to celebrate the comedian’s birthday. Meanwhile, she said, “92? I don’t feel a day over 91.” Of course, folks enjoyed a giggle.

Always delivering the laughs, back in 2011, Betty White released a music video titled I’m Still Hot. Absolutely hilarious, a lot of folks laughed like crazy as she rapped about her cheesecake. Shot with Luciana, it featured shirtless hunks and a boa constrictor. Well, she passed away and New Year’s Day 2022, got fans commenting on another vile start to a new year. So, what was the last thing she ever wrote about social media? Did she anticipate 2022 would pass without her?

Did The Final Tweet Of Betty White Predict her Death?

Well, a lot of folks believed that Leonard Cohen predicted his death back in 2011. IBT reported that he mentioned it in a letter and a song to his ex, Marianne Ihlen. However, it seems that Betty had no such precognition. In her last tweet, she spoke about her 100th birthday. It read, “My 100th birthday… I cannot believe it is coming up, and People Magazine is celebrating with me!” 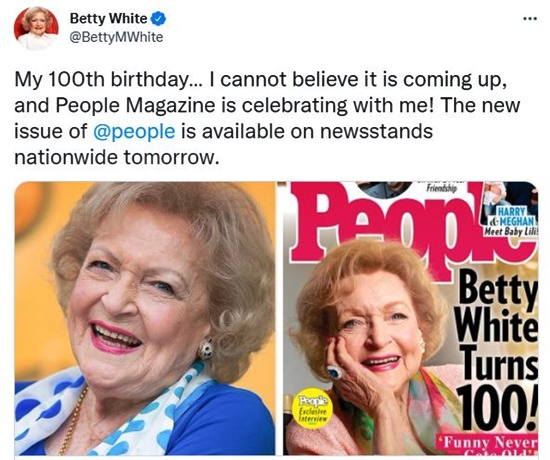 Of course, Betty White talked about the film Betty White: 100 Years Young—A Birthday Celebration. If you worry that it might not air on January 17, TV Shows Ace reported that the screening will go ahead. Only, instead of celebrating her birthday, it will become “a tribute” to her.

The last tweet that Betty White ever posted was retweeted nearly 26K times by the early morning of New Year’s Day, 2022. So far, it attracted 34K Quote Tweets and nearly 12K comments. Not to mention that nearly a quarter of a million people liked it.

Be sure to catch up on everything happening with the entertainment world right now. Come back here often for more spoilers, news, and updates about celebrities.